In a civilised nation, values move with the times.
The unprecedented social movement in 2019 may have produced some courageous souls but who were hailed the heroes?  “A social movement is a process of turning the impossible into possible. It is also a self-actualisation journey which leads one to identify the right position to take up and how to make a contribution from a social perspective,” stated Joshua Wong, Secretary General of Demosistō. 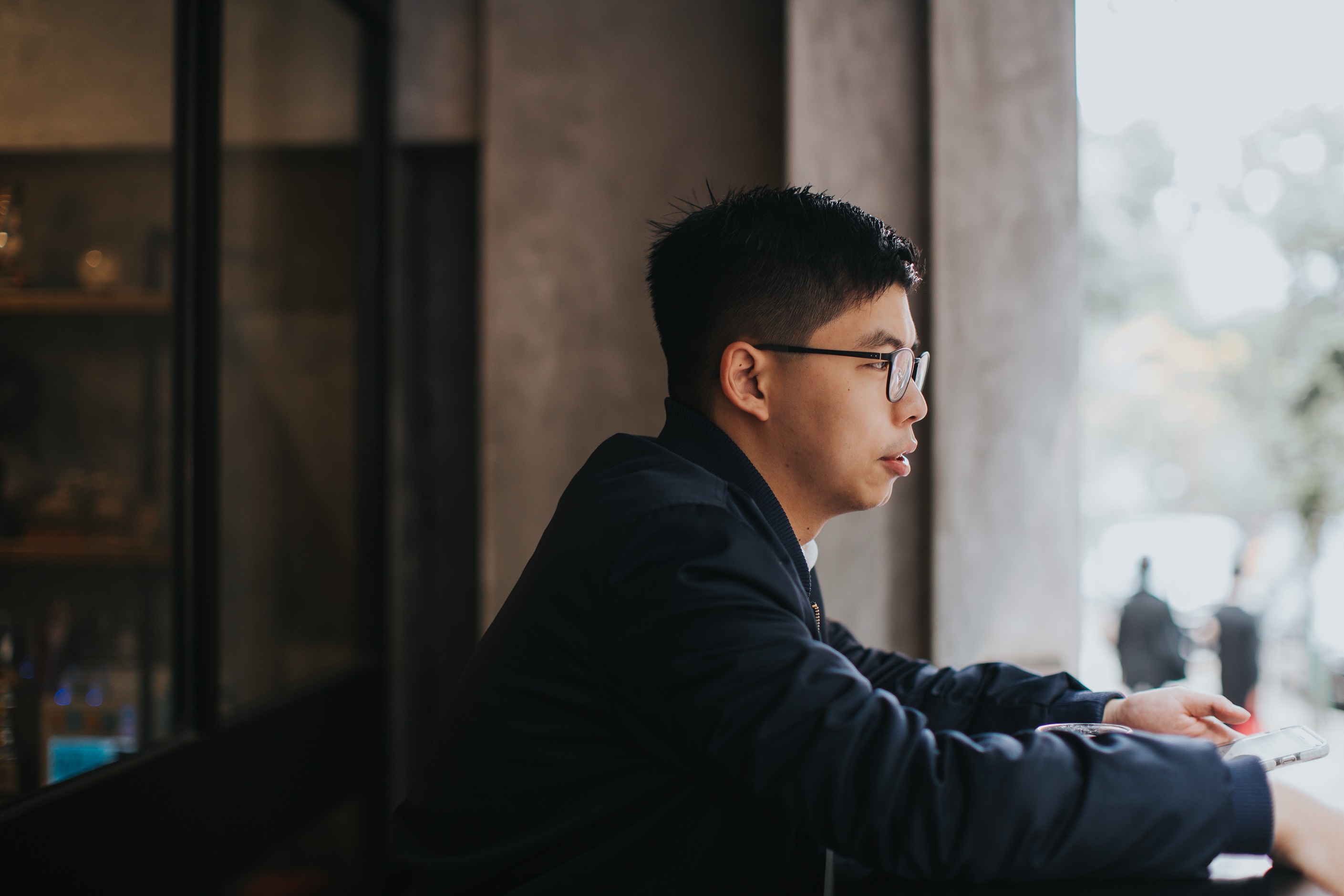 A social movement is a process of turning the impossible into possible, quoted from Joshua Wong, who doesn’t want to be treated as protest hero.

You are either Caesar or nobody

“People may assume that I was driven by some literature or influenced by a historical figure when I came into the scene in 2011.  In fact, it was by chance. The primary reason was the government’s push for national education courses, which was an education issue with political connotations.” Back then, Scholarism, convened and founded by Joshua, rose to the forefront but it was not the first student organisation in Hong Kong. There were the Hong Kong Secondary Students Union and the 90S.  “During the Scholarism period, different people shouldered different responsibilities. I was the one who helped raise public awareness through the lens,” he noted.  Why him?  “Some of them would need to take the DSE exams or start university the following year. They had no time. A younger, Form 4 student away from DSE exams but with a secondary-school student status fitted the bill. It was as simple as that.”

He dismissed labels like “hero of our time” and such foreign press headlines as “Joshua Wong is ready to die for Hong Kong” as no more than Hollywood-type larger-than-life exaggerations. “During summer holiday 2012 when national education was introduced into the mainstream, public opinions erupted.  What followed was a torrent of invitations for opinions exchange from people in the political arena. I wonder why my requests for appointment the previous year were ignored. That says a lot about the old adage ‘you are either Caesar or nobody’. Let’s face it. It is after all the fickleness of human nature and what the world is meant to be. To put it nicely, people are waiting for you to achieve something.  Otherwise, they only care when there are noises out there.”

He detested the constant condemnation from political scoundrels. “Surely I am miffed. Getting screwed every couple of years is no fun. But, let’s not take criticisms or praises to heart.” He added that one should never be blinded by self-importance neither. This explains his emphasis on team power during the interview.

No one can clap with a single hand.  He is well aware that it takes two to tango. “The year 2012 taught me that public flattery is one thing, but one cannot let fame to go to his head. The 2014 umbrella movement, the miraculous 2016 (LegCo) election win and initial success in building an international network have led me to the realisation that I was able to get a hold of myself.”

Joshua Wong and Agnes Chow have been knowing each other since they were 15. Photo credit：The Times

It takes two to tango

Does he enjoy life in the political limelight? He described it as a state of abnormality. “Today’s university students are never wine-slurping dinner-partygoers who tap a spoon against a wine glass and ask you to inspire others by giving a spontaneous speech. Despite this, you have to keep up appearances if you want to be included in the international media critics circle. It is more important to keep your head cool though.” He has seen the grown-up world. He knows his place and the role he has to play.  What matters most is to make a mark.

Joshua recalled his arrest at the airport for breaching bail conditions before his trip to German in September 2019. The 24-hour detention in a “shit hole” at the police station was followed by a 12-hour flight and then the German Federal Foreign Office’s reception in less than one hour after arrival in Germany. “You would think: you just spent 24 hours in a ‘shit hole’ for nothing and now you are meeting with the German foreign minister. Anything can happen in a 24-hour span. That is schizophrenic. Not to mention that I was invited by a German publisher who even sent business-class tickets.”

Does he enjoy this way of life? “Not really,” he conceded, emphasising that it is more important to be helpful to the matters. To Joshua, this may sound like a heavy commitment but he is certain that he is helping to get things done. “Western countries need an ‘icon’ to illustrate the retreat of democracy and the rise of populism. I happened to be that ‘icon’. What matters most is that I make something out of it.  People have come to know me from media interviews which tend to home in on those David vs Goliath narratives. They may have learnt about by watching Netflix ( Joshua: Teenager vs. Superpower ) and perhaps by reading my book (Unfree Speech) . People ought to realise that they are not being given the full picture.”

He shunned his fame as a heroic youth and denied his intimate knowledge of all the current issues.  During the interview, he talked of Demosistō and praised his contemporaries Jeffrey Ngo (council member), Nathan Law Kwun-chung (council member), Lam Long-yin (chairman) and Agnes Chow-ting (member). “Aside from public appearances, team support is more important for those engaging in politics. People may think that I gave a good speech in the US Congressional Hearing last September.  Did I write that speech? No. It was penned by Jeffrey Ngo who is a core member of Demosistō in Washington. The night before the hearing, I was in a hotel room with Nathan Law, Jeffrey Ngo and Leung Kai-ping. Two PhD students and a Yale master’s degree holder came to help a degree-less punk put together a hearing speech and fix my pronunciations. I managed to mispronounce every word and there I was in my attempt to deliver a message.”

He recalled the year 2013 when chief editor of City Magazine Chang Tieh-chih invited Agnes Chow, Lam Long-yin and him to do a cover story, which portrayed the trio as practical-idealists. “I thought that appropriate. In Hong Kong’s political circle, there are people who are more idealistic than Demosistō.  It is always more important to deliver a message and make progress when it comes to politics.” To be succinct, it is today’s political ecosystem that has changed, he said, pointing out that political leaders’ opinions used to carry weight in the past. In 2020, however, actions speak louder. One must turn ideals into realities.

Surely some people may still think of Joshua Wong as a 15-year-old.  “Well, I am 23 now,” stated Joshua, who has even been jailed twice. Over the last four years, Demosistō has faced political repressions one after another. Its founding chairman Nathan Law lost his LegCo seat. Then, Agnes Chow was barred from running in the LegCo by-election. By-election winner Au Nok-hin had his seat snatched. Joshua was also disqualified from running in the district council elections. “We have been through a lot but these have toughened up the team and led us to steer clear of complacency. This level of dexterity is indispensable. Student movements are no longer the same as those in the past. With my hand on my heart, the whole team has done its best over the last four years.”

Team support is of utmost importance

His humility and introspection may have something to do with the massive social movement in 2019.  But such qualities would appear insignificant when put into perspective. “The consequence I bore was not as hefty as those of the others. I served the shortest jail terms but received the most attention from both local and international communities. The attention and support I have received were never in the right proportion. This is why I have always emphasised the importance of team contribution.”

“I may not be able to change this inequality. I cannot avoid getting arrested. But, since I am comparatively safe I must take advantage of my situation and make others’ contribution more worthwhile.”

Of all the political figures, Joshua holds Martin Lee Chu-ming (founding chairperson of the Democratic Party of Hong Kong and the former lawmaker) in the highest regard. If it were not for his invitation to a seminar in Washington with Benny Tai Yiu-ting (an associate professor of law at the University of Hong Kong) in 2015, Demosistō would not have had such plain sailing In developing its overseas network. More importantly, he stressed: “Martin Lee led this generation to realise that helping Hong Kong go the extra mile is a worthy cause .”

Joshua has turned 23 and would like to help Hong Kong go the extra mile in her democracy -fighting journey.