Illustrator Or Wai Wai said she wanted to hold Yau Ma Tei in her arms.  That was how she felt when she moved away from this community in which she grew up.
Yau Ma Tei was her one true love.  She used her watercolour brushes to delicately compose “love letters” to the community. 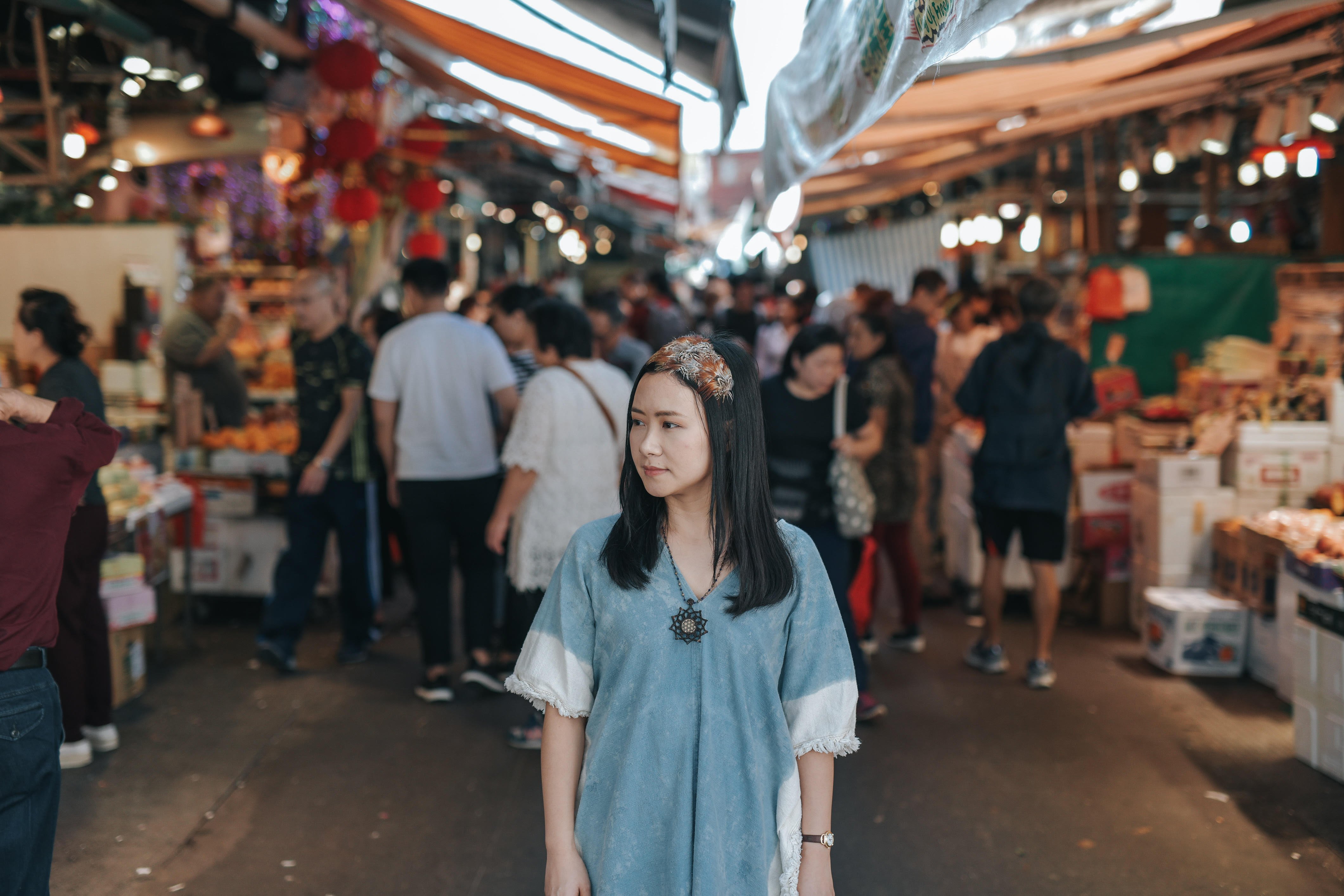 Wai Wai likes both the vulgarity and purity of “fruit lan”, which is very “Hong Kong”

A graphic designer by profession, Wai Wai in 2017 published A Love Letter to Yau Ma Tei.  “I wanted to use my watercolour brushes to illustrate the fine, colourful texture of Yau Ma Tei.”  She is hoping that people will go and soak up the atmosphere in the local community.  “Hong Kong is developing at such a rapid pace.  Yau Mai Tei should count itself lucky for there has yet been any major redevelopment.  People should appreciate Yau Ma Tei more before it’s too late.”

Compared to photographic record, Or notes, paintings offer plenty of room for imagination.  “Illustrations inspire inquisitiveness.  Yau Ma Tei is awesome!”  She believes that anyone who cares about a place should allow ample time to feel its pulse and let feelings and love grow.”  A little more love for the community can generate more hopes.”

Wai Wai has always loved drawing.  She also loves to hear and tell stories.  This explains her choice of tertiary studies.   After graduating with a film degree from City University of Hong Kong’s School of Creative Media, she started a career in publishing as a designer.  Later, she left behind her job for the Umbrella Movement in 2014.  Right then and there, she made sketches upon sketches as events unfolded.  Once she was sketching away near Sino Centre in Mong Kok.  Mr Chung, who is owner of Wing Hing Bicycle, happened to pass by and saw her hard at work.  He went over and asked her to draw his shop in Yau Ma Tei.

After that, Wai Wai developed a liking for drawing local shops in different communities which subsequently gave her the material for her 2016 solo exhibition Vintage Shops with Love, showcasing her depiction of local shops in various Hong Kong communities.  She even invited her university sketch tutor illustrator Siu Kak to the exhibition.  At the exhibition, Siu Hak suggested: “It looks like you are ready for a book now.  Would you like to publish one?” 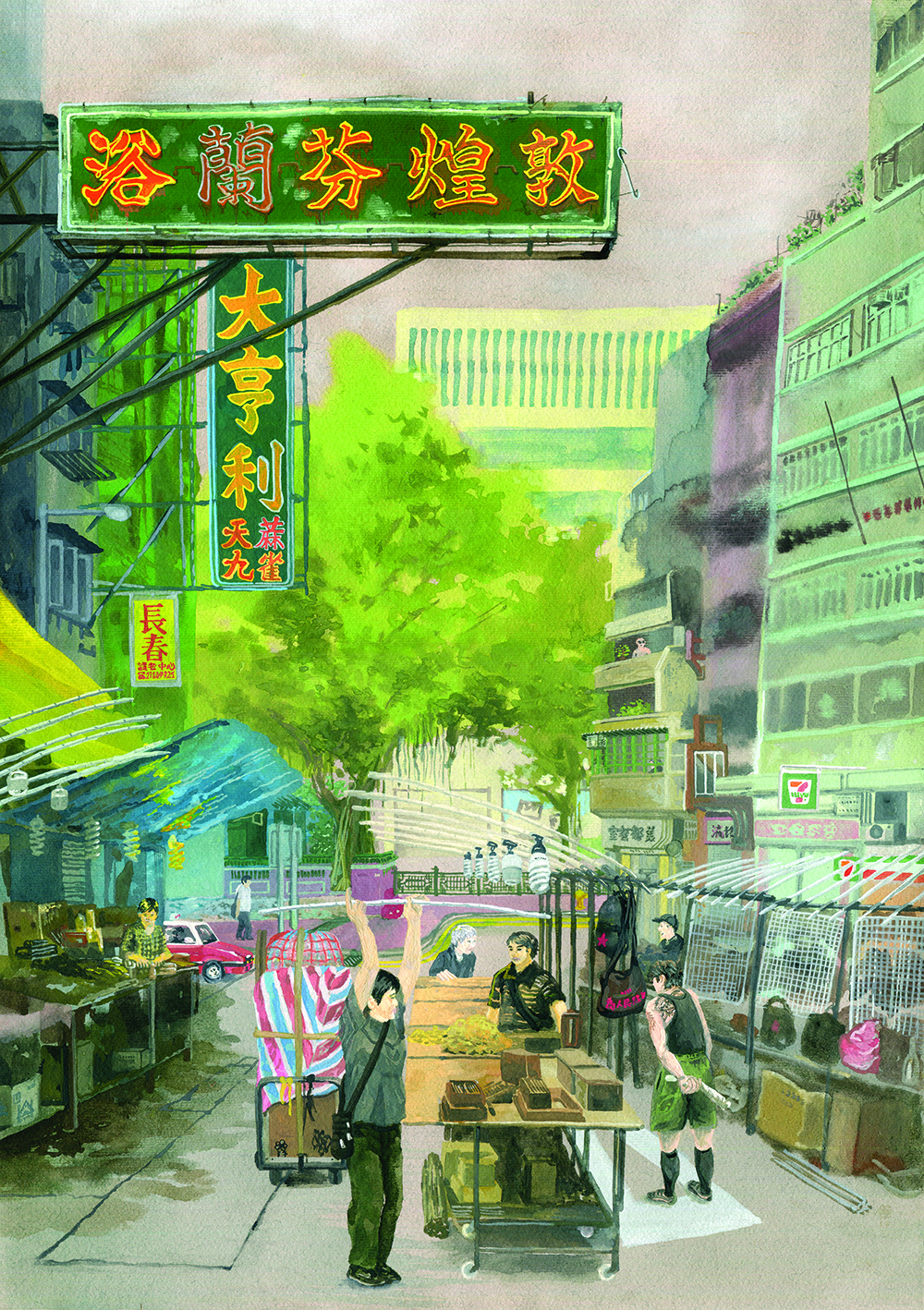 The thrill then subsided into a commitment, which was to make Yau Ma Tei her protagonist.  For that, Wai Wai combed the community for information and spoke to a number of local shop owners who showed her not only their warm disposition but also resourcefulness.  One shop owner recommended another, contributing their enchanting stories and memories to A Love Letter to Yau Ma Tei.  “I have enjoyed their chats and decades of Yau Ma Tei stories.  They were simply priceless.”

Wai Wai was impressed by the Yau Ma Tei neighbours’ kindliness and glowing personality.  “Once I was walking past Lee Wo Steelyard and I saw shop owner Mrs Ho there with her feet up.  I tend to put my feet up when I draw so I sort of felt close to her.”  This prompted her to approach Mrs Ho for stories of the shop.  “I said to Mrs Ho that I wanted to film our conversations but she said that I had to return later because she was going to a wedding banquet in a fortnight and would look better afterwards.”

Lee Wo Steelyard, probably the last of its kind in Hong Kong, has a history of nearly a century in Shanghai Street (Wai Wai Illustration)

Chatting with the neighbours also gave her intimate details of the community’s history.  Wing Hing Bicycle’s boss Mr Chung, for example, left Guangzhou for Hong Kong with his father a few decades ago.  He opened his first bike shop in Tung On Street when there were already a number of competitors.  It was only about 10 years ago he moved the shop to Ferry Street.  Today, Wing Hing is the only old-style bike repair shop left in the vicinity.  “The chat with Mr Ho led me to realise the huge demand for bike repair service in the old days but it is slowly diminishing now.”  A simple story not only traces the rise and fall of bicycle shops, it also reveals the changing face of the community as the wheel of time turned, Or remarks.

The Yau Ma Tei neighbours’ hard work, caring nature and the strong neighbourhood ties touched Wai Wai’s heart.  “I made a new friend after each of the drawing and chat session.  Every time I walked past the shops, I would just like to go inside and say hello.  I would also think of sending gifts during festive seasons.”  She enjoys such a community tie.  “It feels like I have my roots deeply planted in Yau Ma Tei.”

Love before it’s too late

“I know too little about Yau Ma Tei.  I have known this place for more than 20 years and yet I was oblivious of its past and future.  For example, why was the Wholesale Fruit Market in Yau Ma Tei and not elsewhere?  Why is Yau Ma Tei called Yau Ma Tei?”  Or has lived there in an old building across the street from the Wholesale Fruit Market ever since she was born.  It was only that year’s drawing sessions that brought her to truly appreciate the community.  “I feel a bit ashamed of that but the project gave me a chance to get to know Yau Ma Tei better.”

It turns out quite a number of Or’s friends have moved around town.  “There has to be some sort of a connection between me and Yau Ma Tei.  Only this can explain why I have lived there for such a long time.”  She states that spending a year to observe and draw Yau Ma Tei was “an answer to this special place”.

After the launch of A Love Letter to Yau Ma Tei, Or thought she would soon learn of the end of one local shop after another.  “The first to go was a Cuban Bast at King’s Park.  I loved that tree but it was toppled by super typhoon Mangkhut.  I made a few sketches of the tree after its collapse.  I really miss it.”   She believes that one has to be there in the community to feel the existence or loss of something.

Recalling the days she spent drawing Yau Ma Tei. “The experience was like: when I tried to express my affection, the community would repay me beyond my expectation with more opportunities to use my own skills and brushes to make a record of the face of other Hong Kong communities or even the Yau Ma Tei community.”  She has joined guided tours to familiarise herself with communities in North Point and Wan Chai, for example.  “This book has given me ample chance to understand other Hong Kong communities.  To me, it is like increasing intimacy with Hong Kong.” 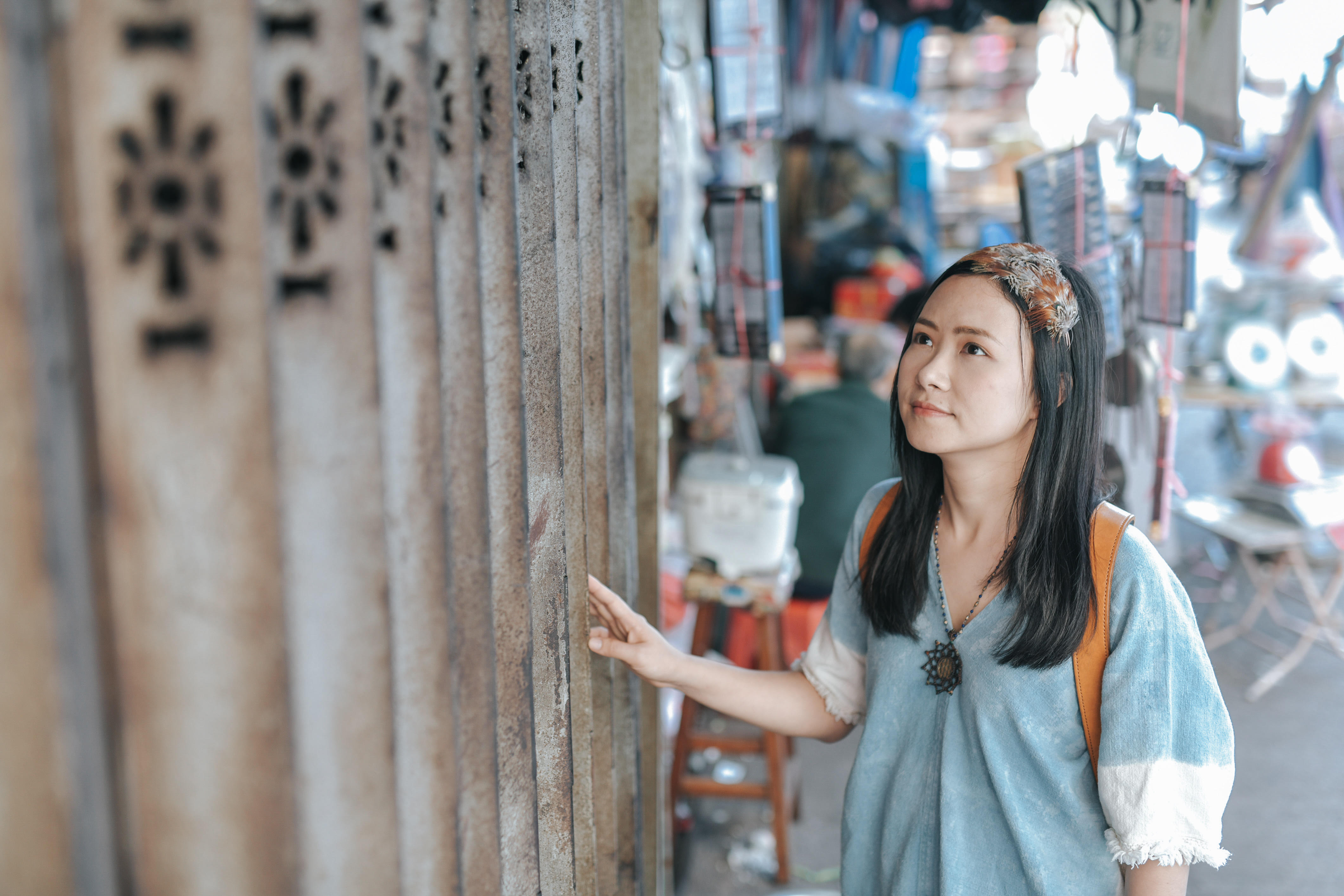 Wai Wai’s book has given her chance to understand not only Yau Ma Tei, but also other Hong Kong communities.

Andy Ng Wai-shek: You are your only objet d’art
Scroll to top