No regrets for our youth

On 1 January 2019, Agnes Chow wrote on her Facebook page: “New worries emerge every now and then but the most worrying would be for people to fool themselves, distort their own experiences and bend the reality.”
Recalling an ambush interview at the onset of the Sai Yeung Choi Street South rally some six years ago still leaves her red-faced nowadays.  She is but the average girl-next-door however when it comes to talks about her love for her family, binge-watching Japanese variety shows and beauty routine.  “I love Hong Kong.  Things happen in Hong Kong at any given moment.  I want to be there,” she stressed.  That determination speaks volumes. 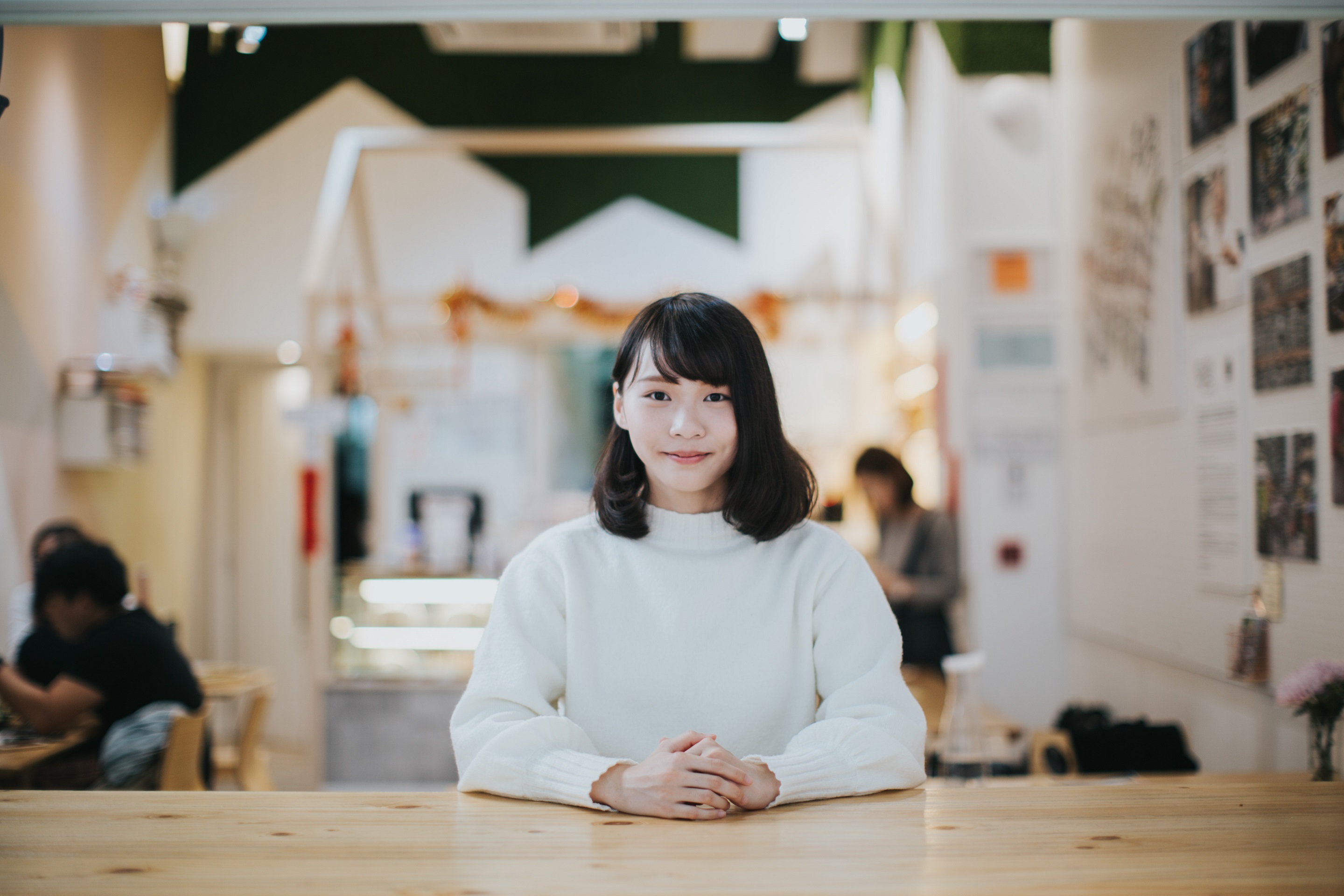 She said, “I love Hong Kong.  Things happen in Hong Kong at any given moment.  I want to be there.”

And you would never know

Agnes Chow claims that she is full of contradictions.  Indeed she is.

When she was a child, she was outgoing, mischievous and rebellious.  Secondary school life turned her into an unsociable introvert of few words.

She likes water.  She learned to swim at the tender age of two and a half.  She was a member of her primary school’s swimming team.  Today however, a five-minute slope walk would leave her panting.

Her seemingly delicate and shy appearance may strike people as withdrawn.  In fact, she would divulge such trivial things as her childhood mischiefs. She would pretend to be doing her homework in front of the computer while in fact reading Japanese manga Kirarin Revolution, she quipped.

Chow was a misfit as a secondary school student.  She conceded: “I had no friends at school and was often left out of project groups.  I would feel unhappy.  It felt like no one could help me.  Teacher interference would only make things worse.  Back then, the helplessness and loneliness were eating me up.”  She kept herself to herself.

On one of her Form 4 days, she was home scrolling through Facebook and she bumped into images of Scholarism at a rally.  “I thought: we’re all about the same age but they’re doing such different things.”  Then, she began to search for information about national education online.  “I digested the information and gradually realised that my younger cousins would have to take one more subject at school subsequently.  It did not feel right.”  This thought prompted her to sign up with Scholarism as a volunteer.

“I had no idea what the job would entail,” she recalled.  “I only wanted to lend a hand but the job turned out to be a tough one which required shouting on a loudspeaker and handing out flyers – tasks that I never thought I could manage but I had to soldier on and face my fears.”  From volunteer to spokesperson, Chow said her journey was paved with many amazing and accidental events. 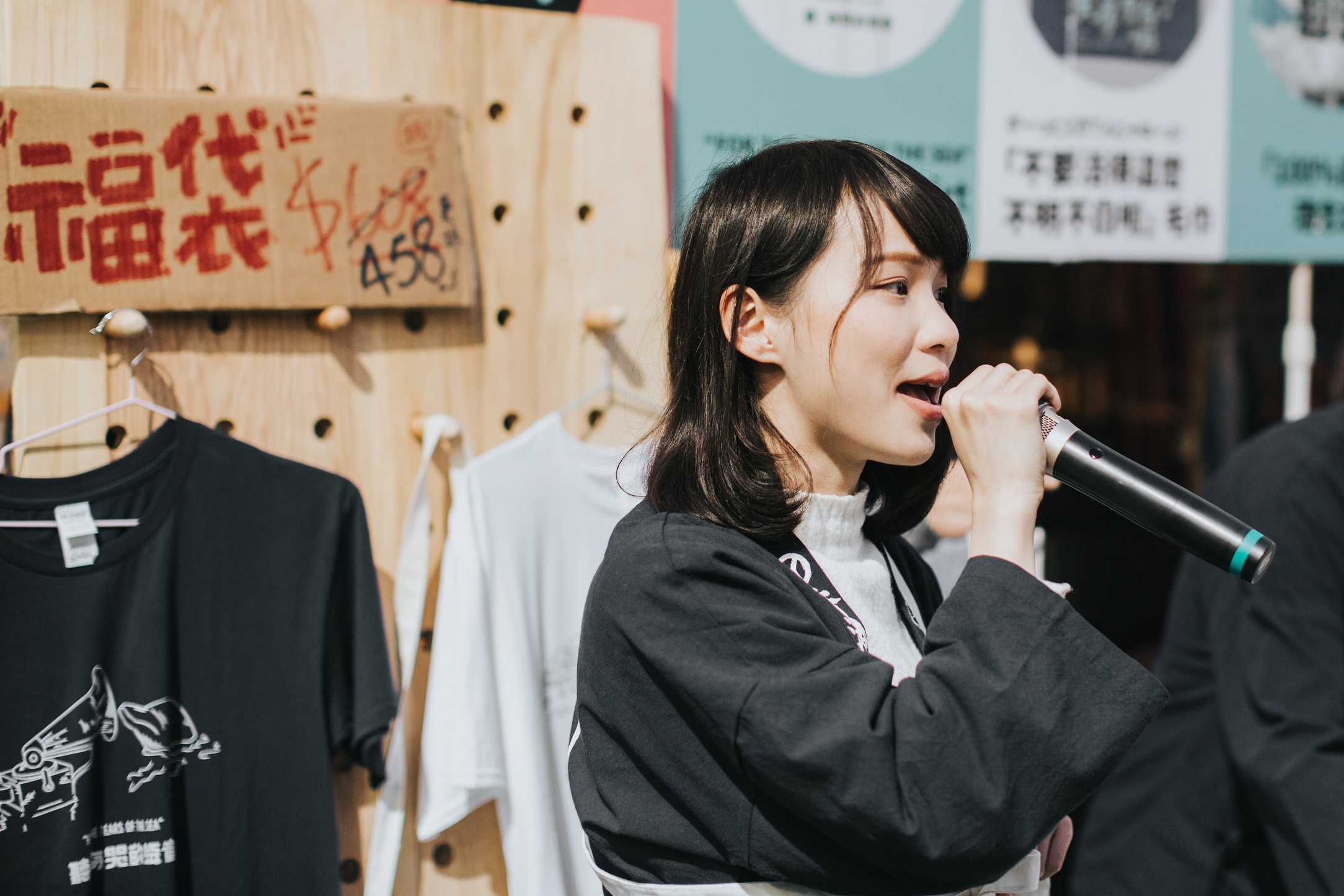 She made up my mind and there is no turning back.  She just keeps going.

During the anti-national education movement, Chow was emcee for individual activities.  “Many people were looking to raise their banners (at Civic Square).  I was responsible for lining up citizens wanting to voice their opinions and offering a few words in response after their turns.”  She was never cut out for public speaking though.  It was not easy for such an introvert to shoulder the responsibility of a spokesperson neither.  For this very reason, she is still mortified by her first ambush interview and described it as mindboggling.

Throughout the 2014 Umbrella Movement, Chow took the semester off and stayed put at the occupied site in Admiralty, acting as Scholarism’s representative to liaise with other groups with the primary responsibility of crisis management.  “Personal stress was inevitable but I got to meet many kindred spirits from various professional backgrounds.  There were also many secondary school students who took part for the first time.  We became acquainted and opened ourselves up to various issues.  We would not have met if not for the Umbrella Movement.  The encounter was extraordinary.”

The entire experience proved more amazing than most.  Five years ago, members of the media from across the world flocked to Hong Kong to cover this largest social movement in the city’s history.  Chow was responsible for liaising with the Japanese media.  “Back then I only knew how to say things like ‘good morning’, ‘thank you’ and ‘nice to meet you’.  Those interviews were therefore conducted in Cantonese.”  A fan of the Japanese subculture and J-pop since her primary school days, she however did not learn to speak the language.  “The interview was about Hong Kong’s situation and there were quite a number of specific terms.  The Japanese journalists taught me not only the grammar and word choices but also breathing techniques.”

In January this year, she gave a one-hour speech in Japanese at The University of Tokyo.  “I also found that amazing.  An unfamiliar language that meant no more than a bunch of meaningless sounds began to make sense.  It was a happy, fulfilling journey.”  She is now learning Korean and hopes that in three years times she could be as fluent as she is in Japanese. 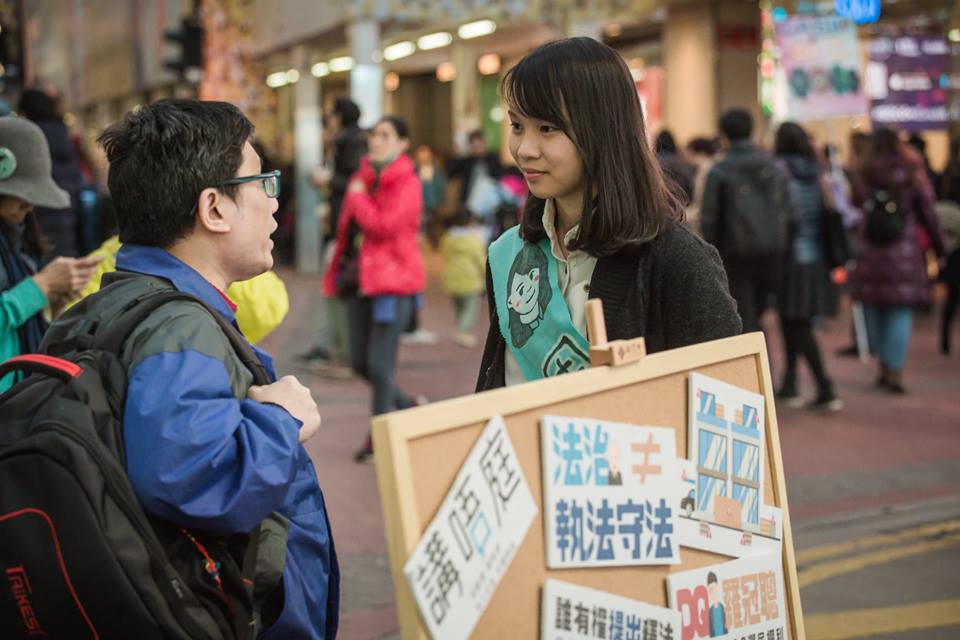 Driving social reform has always been difficult but one must keep trying. (Agnes Chow’s Facebook)

Hong Kong people, during those six years, bore witness to her experience and that of her generation.  “Having gone through Hong Kong’s largest social movement without experiencing any material changes to the city’s political system, many people developed complex feelings and became disoriented.  I did too.”   When the period of disorientation was well behind her, she teamed up with her comrades-in-arms Nathan Law and Joshua Wong to form Demosistō, believing that “driving social reform has always been difficult but one must keep trying.  You never know.  But if you didn’t even try, changes would be impossible.”

What followed was like a roller-coaster ride.  When she stood in the election, the stress she faced was unprecedented.  “That was a busy time with no chance for a good sleep.  The daily routine started with street counters at 7am so I had to leave home at 6:30am.  That meant getting up at 5:30pm to do my hair and put on some makeup. Meetings and debate training followed and then we were back at the street counters in the evening.”  Sleep was a luxury and there was little time for thinking.  “I made up my mind and there was no turning back.  I just kept going.  The goal was to win.”

“I often say to myself: social movement success has never been easy. It is not only because of the Hong Kong political climate. The fight for aspirations takes the determination of many people. It may take a decade or two’s hard work for a chance to succeed.” She believes that people should not dismiss their beliefs because of widespread absurdity. “It would be even more difficult to change Hong Kong’s situation if we turn our backs on our own fundamental beliefs.” 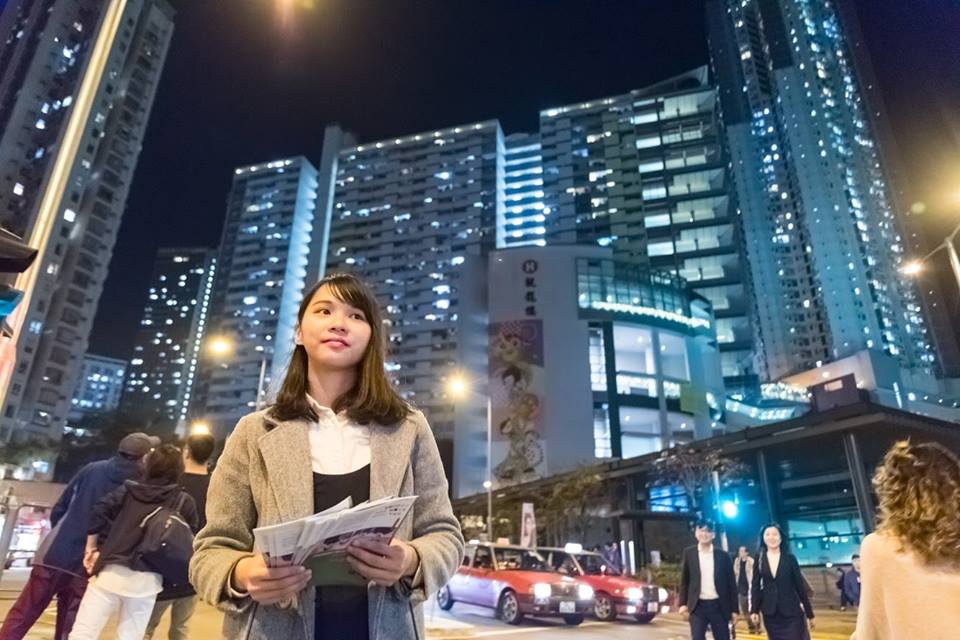 Despite all the ups and downs, Agnes is happy with fruitful journey. (Agnes Chow’s Facebook)

Go with the flow

Currently a final-year student of Government & International Studies at the Hong Kong Baptist University, Chow is contemplating a future as many of her peers do. “Some people asked if i’d further my education in Japan or go on working holiday to soak up different experiences. I just don’t want to be away from Hong Kong for too long.”

What is keeping her?  “My family. My parents are not young anymore. We may not be eating together everyday but we do meet up once in a while. At the end of the day, she loves Hong Kong.  “Things happen in Hong Kong at any given moment. I want to be there.”

Taking a break?  “Deep in the night I can still find time for manga, Japanese variety shows, Korean practice, mobile games and a few rounds of PS3.”  Agnes Chow said that she is not one who makes lots of plans.   What does the future hold?  She will just go with the flow. 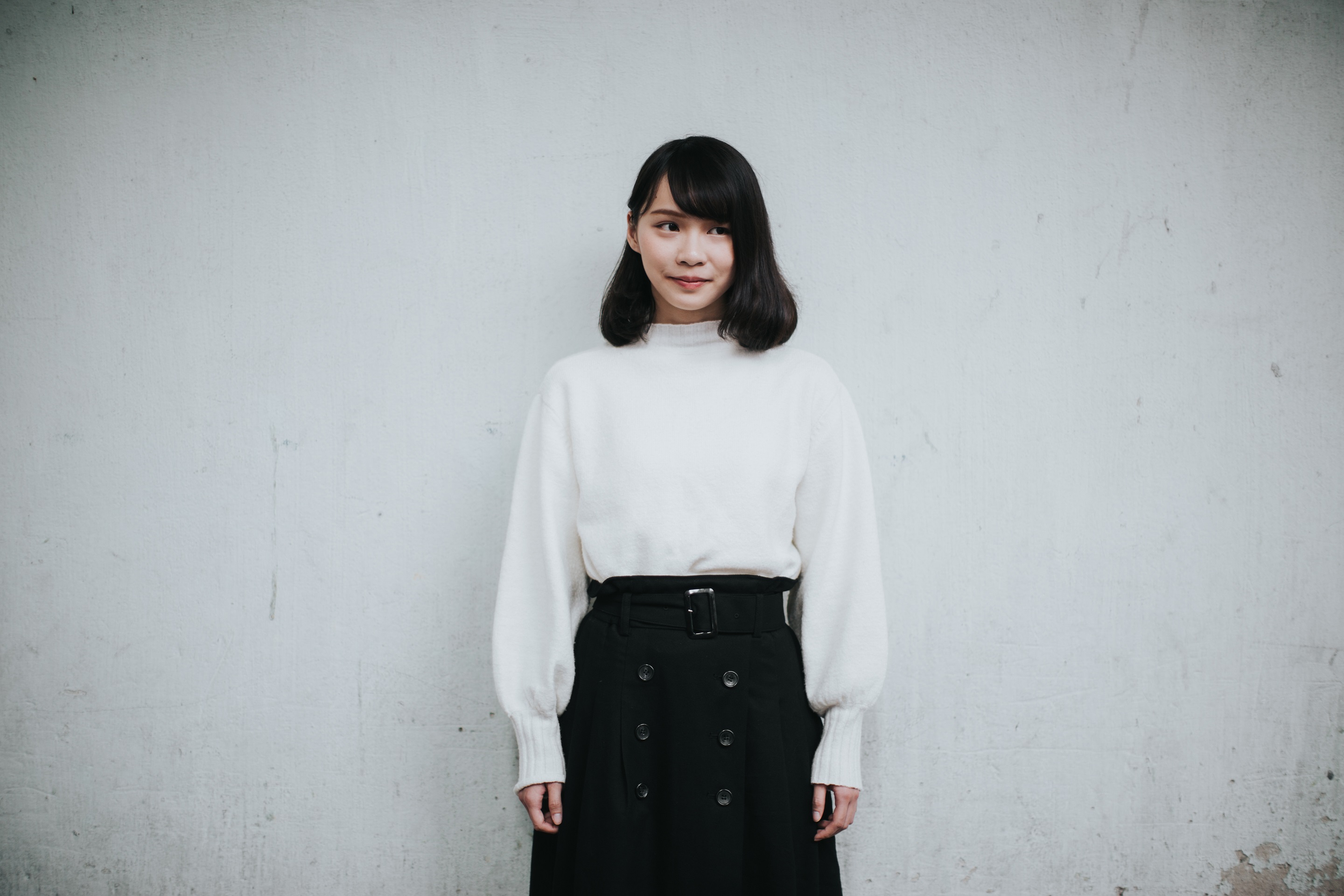 If you don’t even try, changes would be impossible.

Poon Yuen-leung : Making an issue of Hong Kong’s situation? …As you like...
Scroll to top