The Best Side of Life

An interview article with a candidate cabinet member of The Student Union of the Chinese University of Hong Kong reads like this: “Joining the run for student union president would not bring great changes but it is a chance for me to make a contribution to Hong Kong society and our next generations.  University life is not much of a baggage anyway.
“What springs to my mind is Chui Tien-you’s new album Thank You, which marks his first solo release in five years.  This collection of songs is all about his state of being grateful.
In the face of social discontent in Hong Kong, he believes what people need are hopes, positive energy and happiness.  As an artist, the best he can do is to practise what he preaches. 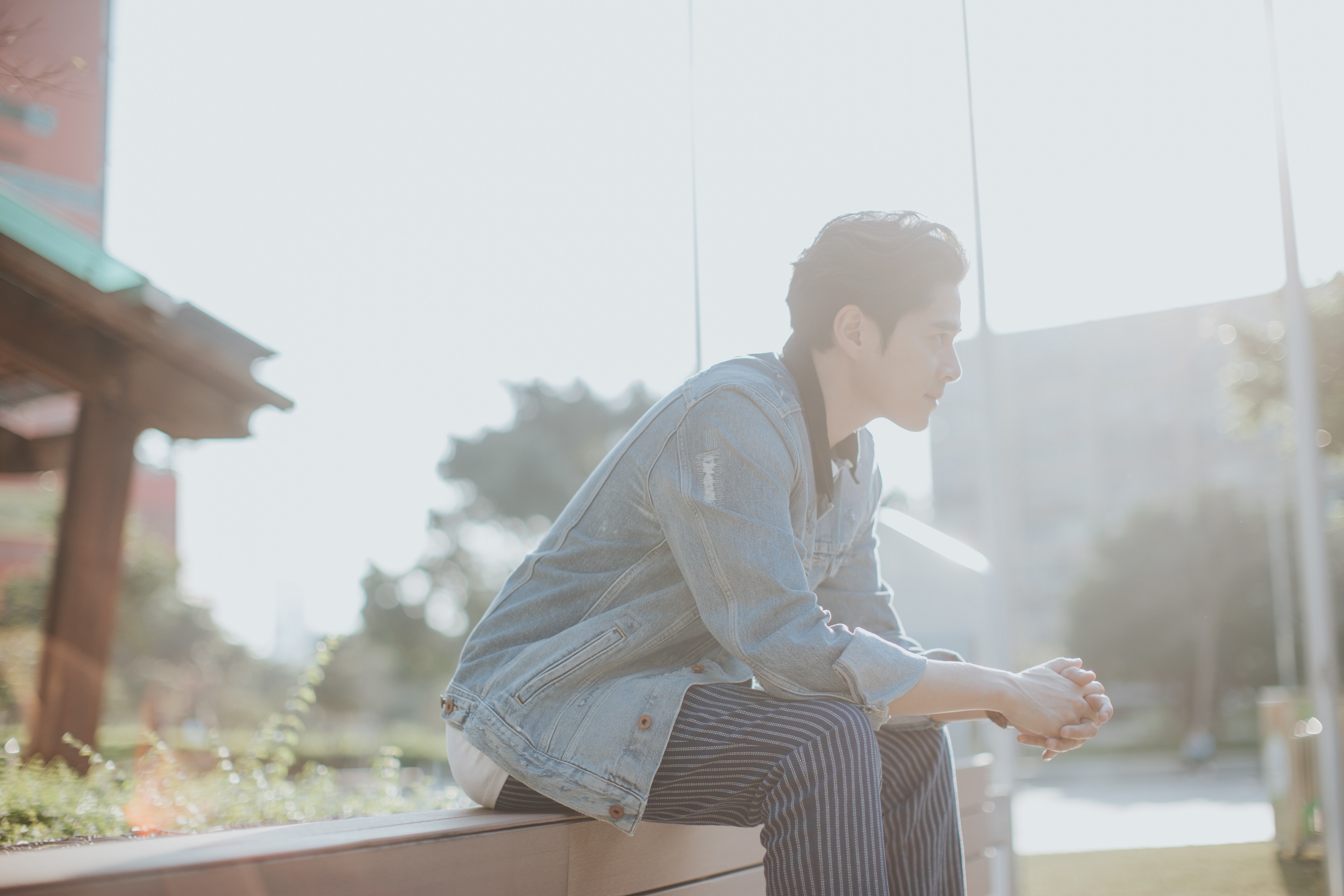 Tien-you was probably best known as a member of the boy duo Shine formed in 2002 when girl duo Twins started to dominate the pop charts.

In 1997 somewhere near the Mong Kok Police Station, Form Three student Chui Tien-you was spotted by director Fruit Chan, who subsequently cast him in a Vita Lemon Tea TV commercial.

He was not aware of Fruit Chan’s fame.  He realised that Fruit Chan was no con artist only after his sister (a big fan of Andy Lau) told him that Lau invested in Chan’s film Made in Hong Kong.

After a cameo role in Fruit Chan’s Little Cheung, he was back at school to complete his secondary education.  A training stint in Japan followed.  Back in Hong Kong, he entered the local entertainment industry naturally and was given parts in director Lau Kwok-cheong’s Gimme Gimme and Lai Miu-suet’s Glass Tears.  Tien-you’s career actually started in films.

However, he was probably best known as a member of the boy duo Shine, which was formed with his fellow member Wong You-nam in 2002 when girl duo Twins started to dominate the pop charts.  The two groups were equally hot at the time.

Back then, Shine’s song Swallowtail Butterfly was a big hit, and so was the duo.  The song was dubbed into the theme song for the Save Our Country Parks campaign in 2018.

Tien-you recalled, Shine’s debut album was a success, which fuelled their ambition to seek development across the Taiwan Strait in 2004.

But, the entertainment industry in Hong Kong is running in the speed of light.   Shine’s break from the Hong Kong scene turned into a long farewell. 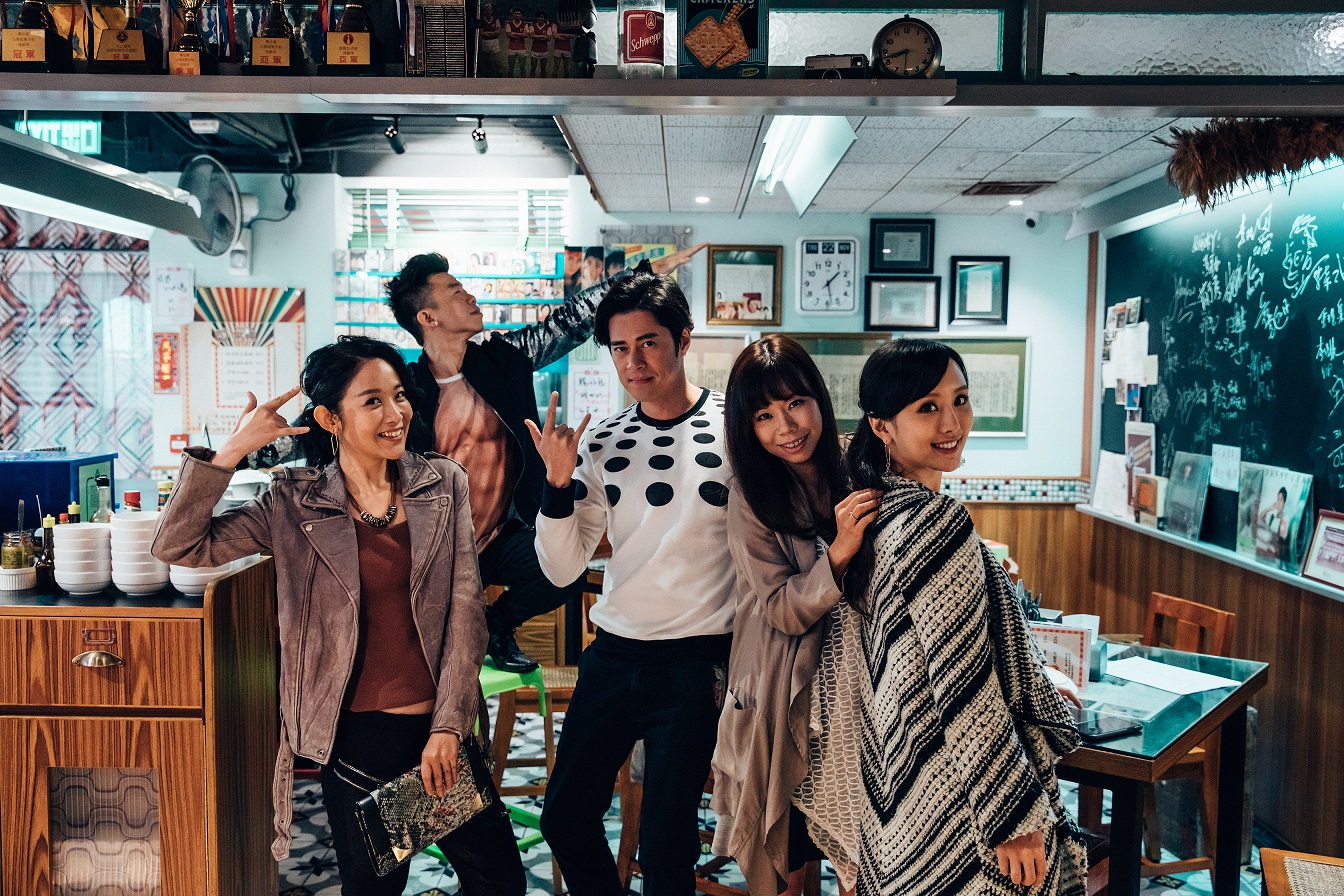 From the first TV commercial appearance to his return from Taiwan, 10 years had come and gone.  Tien-you was only twenty-something then.

He was lost.  “I turned my back on music.  My passion diminished.  I could not make sense of my own worth.  Every day I just kept thinking about the paparazzi and stuff like that.”  He wanted to return to his starting point –– films.

With his youthful good look, however, what roles could he play?  Doing teen films one after another?  Playing somebody’s son?  He did though play the son of Aaron Kwok’s character in the film After This Our Exile.  Then what?

In 2007, he realised he had to make a living.  So, he took his pen and started to contribute features and short stories to newspapers.  He also became a member of director Pang Ho-cheung’s film crew.  After a handful of independent shorts and microfilms, he still found himself struggling.

That year, however, he bumped into a former classmate (who has now become his wife) and steadily found his way out of bewilderment.

“The reunion led me away from my previous idealistic state of mind.  Nowadays, I lead a normal life.  I forget about the paparazzi.  I go to the supermarket and hang out with friends just like everybody else –– I feel at ease with myself.”

Tien-you was back in the limelight in 2012 as Shine regrouped for a gig at lyricist Wyman Wong’s Concert YY and followed that up with a concert at the Hong Kong Coliseum.

He recalled a brief encounter with depression for a previous role he played as a teacher living with the illness in Enthralled directed by writer Chip Tsao.  That same year, he wrote the song Pursue ( 求 ) with lyrics penned by Lin Xi.  “Lin wrote about a man on the verge of depression –– one who is always chasing rainbows.  He said that Pursue with Leslie Cheung’s Chase and Sandy Lam’s Wish are a trilogy –– they all have one-word titles,”  After that, he wrote Secret Sunshine ( 密陽 ) and Run Far Away From Home ( 史上最遠離家出走 ) which are reminisces of his days of being insignificant. 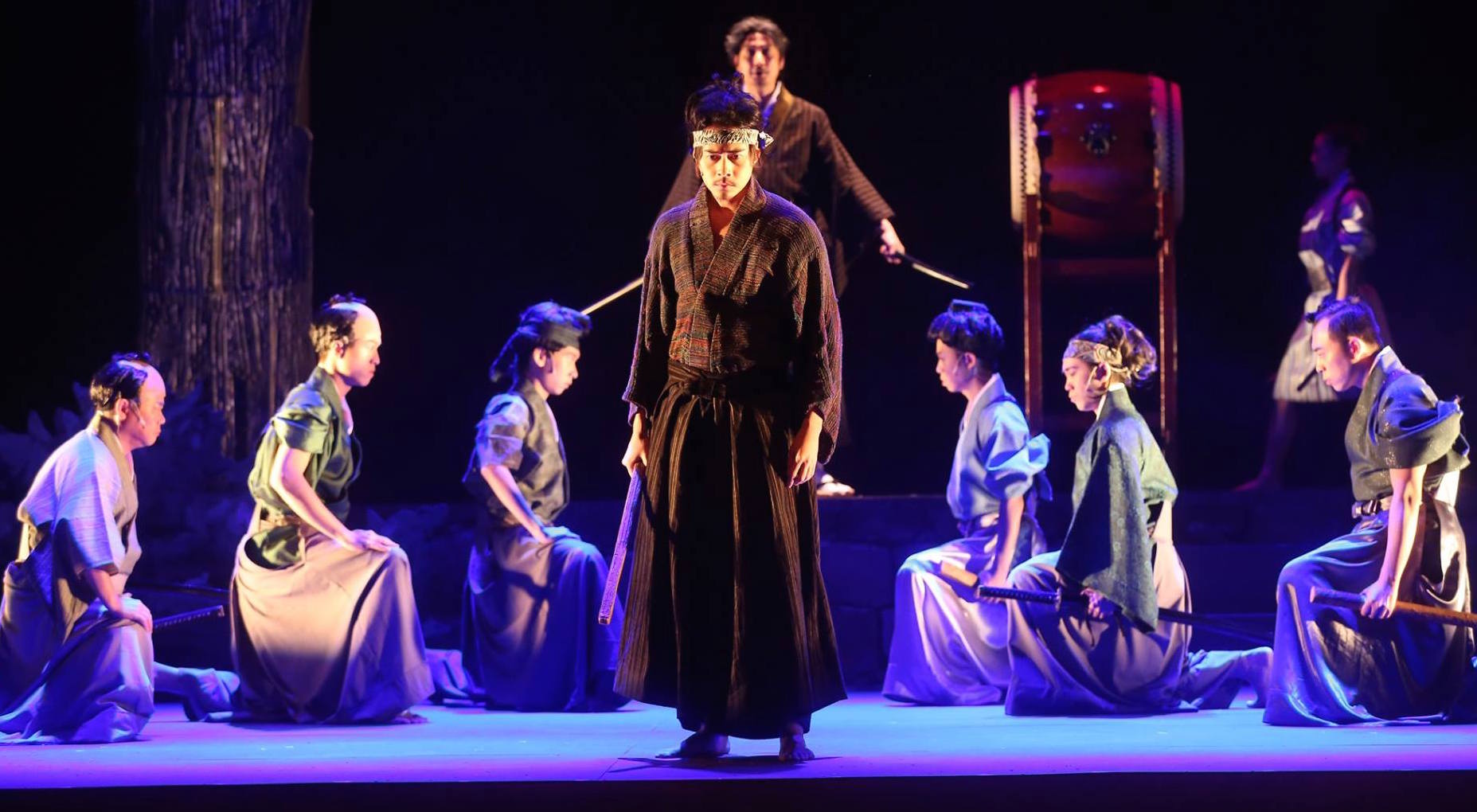 Tien-you devoted himself to Kendo training and rehearsal for his part as Japanese sword master Miyamoto Musashi in the stage production Musashi vs Kojiro early this year.

The year was 2018.  Another 10 years had got behind him.  Tien-you described his career as a step-by-step journey.  That year, he took part in a couple of films including the currently running Chinese New Year comedy Missbehavior in which he plays a gay man.

For a few months, he devoted himself to Kendo training and rehearsal for his part as Japanese sword master Miyamoto Musashi in the stage production Musashi vs Kojiro.  “Eight hours a day for four to five days a week.  Pretty exhausting but I still had to learn my lines.”

Periods of meaninglessness, Tien-you said, taught him that self worth is the fruit of professionalism.  “Progress and results speak volumes,” he remarked.  “With professionalism comes others’ respect.”

In recent years, his song repertoire also included New Romance ( 新浪漫 ), Chance Encounter ( 我們沒有不期而遇 ) and You’re Not The Only One ( 不只你一個 ) and more recently in February his solo album Thank You.

He said: “Life seems to have turned sour for many people lately.   Sometimes I have questions on life’s meaning.  Regardless of social issues, we should always look on the bright side of life.  There is love between people.  We need to know about gratitude.”

It might sound like a cliché, but there is always light at the end of the tunnel.