Ladies of the night = fallen angels?

Every now and then, you would hear the old adage “to give is better than to receive” from a charity show or compassion initiatives alike.  Who, in fact, stand on the two ends of the give-and-take equation?
Caritas Hong Kong’s Youth and Community Service R.S.W Ada Chan and Winnie Fung, who are responsible for Project L, alongside Centre for Community Cultural Development’s project officer Nanxi Liu who in turn is responsible for the “Night Club, from Her Perspective” exhibition, experienced first-hand the power of one life influencing another in their respective positions as their paths crossed.

A scene of the night club

With support from the Beat Drugs Fund, Caritas Hong Kong launched the three-year Project L for female nightclub workers.  Outreach social worker Ada has been providing service to substance abusing night girls even before the project.  In some cases, she felt like she was going through the thick and thin of her subjects’ lives.  “One of the girls confided in me her traumatic childhood memories and work experiences at the nightclub.  A fighting spirit keeps her going.  I’m not sure if I could go through life the way she did.”

She said that there is a certain misperception about the night girls among the general public.  “They are by and large perceived as cash-craving, self-inflicted drug addicts.”  Ada, whose work puts her in constant contact with the girls, wants to stop the prejudices.  “Did anyone ever listen to their stories?   The use of drugs is often a consequence and the reasons have to be deeper than the skin.” 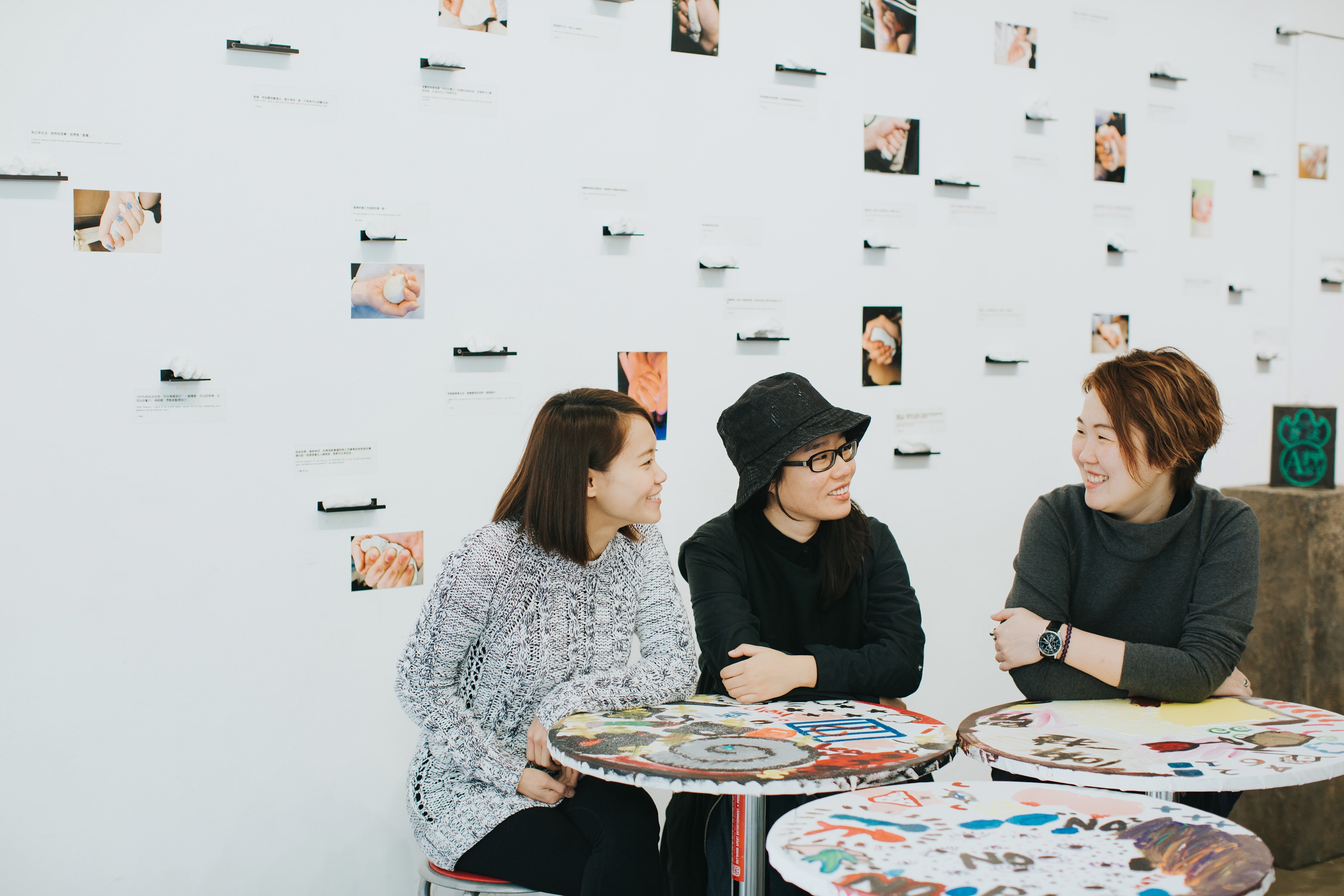 Ada (1st from the left) says the use of drugs is often a consequence and the reasons have to be deeper than the skin. On her right, Nanxi Liu and Winnie Fung.

Change has never been easy.  Expressive arts therapist Winnie is not even thinking of creating a “living happily ever after” ending for her girls.   She just wants to give those “unheard voices” volume.  She said that some night girls do not want to be seen going to work “there”.  “There was this girl once who asked me and a fellow social worker to accompany her to Langham Place as her work colleagues.  She was waiting for her boyfriend there and she told him she worked at a pub.”

About a year ago, Winnie came up with the idea of injecting art into nightclubs.  It sounded more like a marriage that was doomed from the start.  Back then, the outreach team visited nightclubs four times a month.  She tagged along.  ”What great things could we expect to achieve with only five minutes per visit?”  So, she brought with her a lump of clay.  She gave each of her girls a piece to hold and asked them to think of something that they would really like to get hold of.  “Money was usually the first to spring to mind.  When asked again, however, they would say ‘a better life for their family’.  One of them said she wanted to be able to go and buy nappies for her child without having to check the price first.”  Think about it: isn’t everyone working for the money?  Isn’t everyone pursuing a better life?  Then, why are those night girls different from other people?

At the nightclubs, neither Winnie nor her colleagues want to be seen as nurses or healthcare workers.  Rather, they want to build connections among them by engaging them in the process of making art.  “We want to create a space for them to get intimate with their inner selves and get in touch with their needs which may be a pent-up emotion or a denied experience.”  Under the spell of mundane prejudices, even the girls thought money was king.  They put up with inappropriate touching in the workplace thinking there are no free lunches.  They are used to being told to “suck it up”.  “They have families.  Some of them have dreams.  They just keep themselves to themselves.” 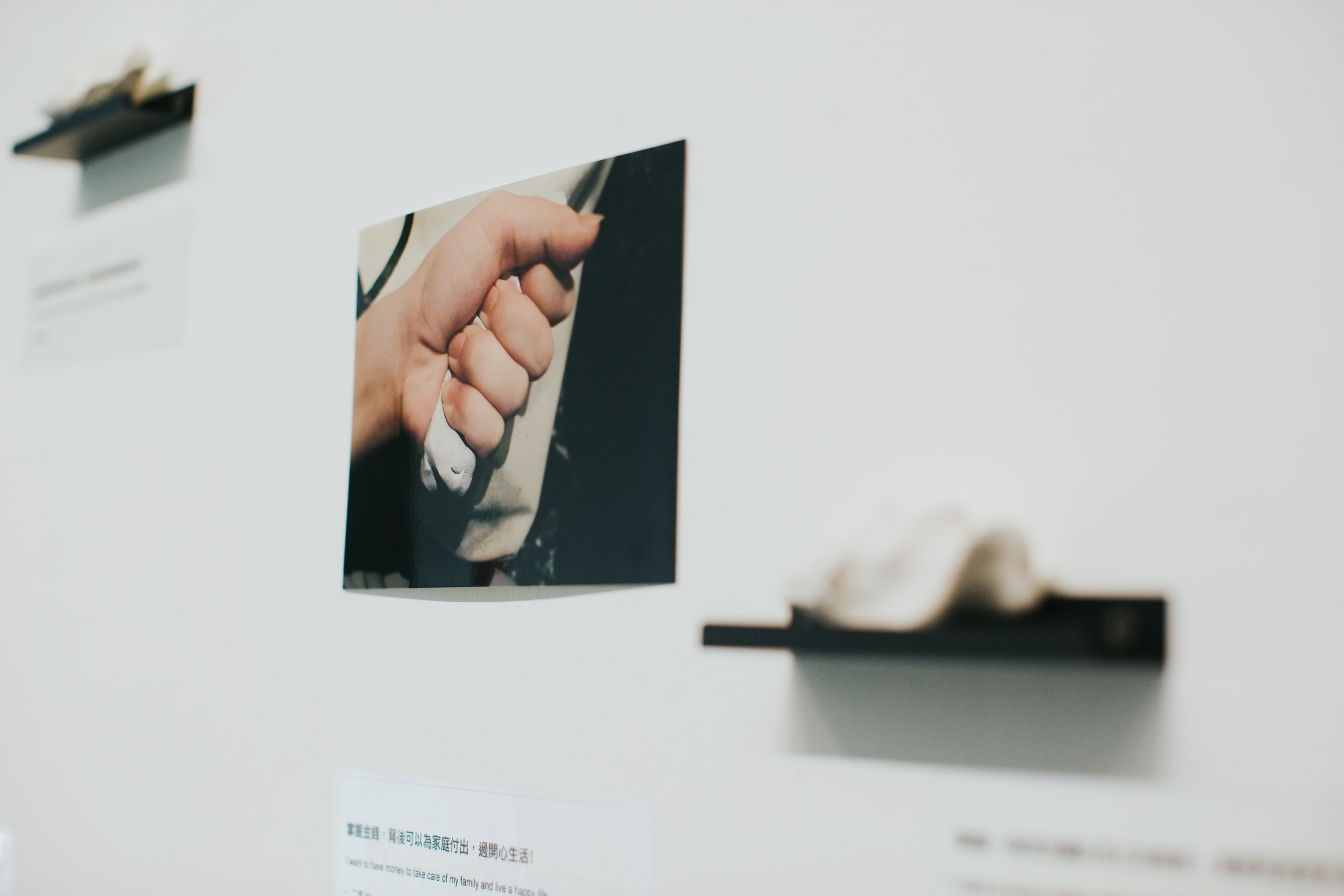 Do you bother to know what do the girls want to get hold of?

Being caught in misperceptions, night girls have always suffered from social marginalisation.  Caritas Hong Kong is looking to ride on the “Night Club, from Her Perspective” exhibition to shift perspectives with the nightclub workers.  Project officer Nanxi set foot in a nightclub for the first time only one month before the exhibition.  “In the beginning I was at my wit’s end.  Art can be elusive.”  Green Wave Art is host of the exhibition.  The gallery nestles in the Yau Ma Tei section of Shanghai Street where several nightclubs call home.  The Centre for Community Cultural Development, since its inception, has been working to build solidarity within the neighbourhood by rolling out a variety of art and culture activities.

One of the walls at the exhibition venue showcases more than 30 clay sculptures in different forms and shapes.  They represent the girls’ temperaments and life stories.  Another wall is a display of larger Body Maps – the fruit of Winnie’s expressive arts therapy workshops where the girls visualised their hurts inside or with guidance from a movement therapy session cast their nightclub memories onto a large sheet of paper for a therapist to sketch an outline.  There are also installations of various sizes representative of the work environment of a nightclub. 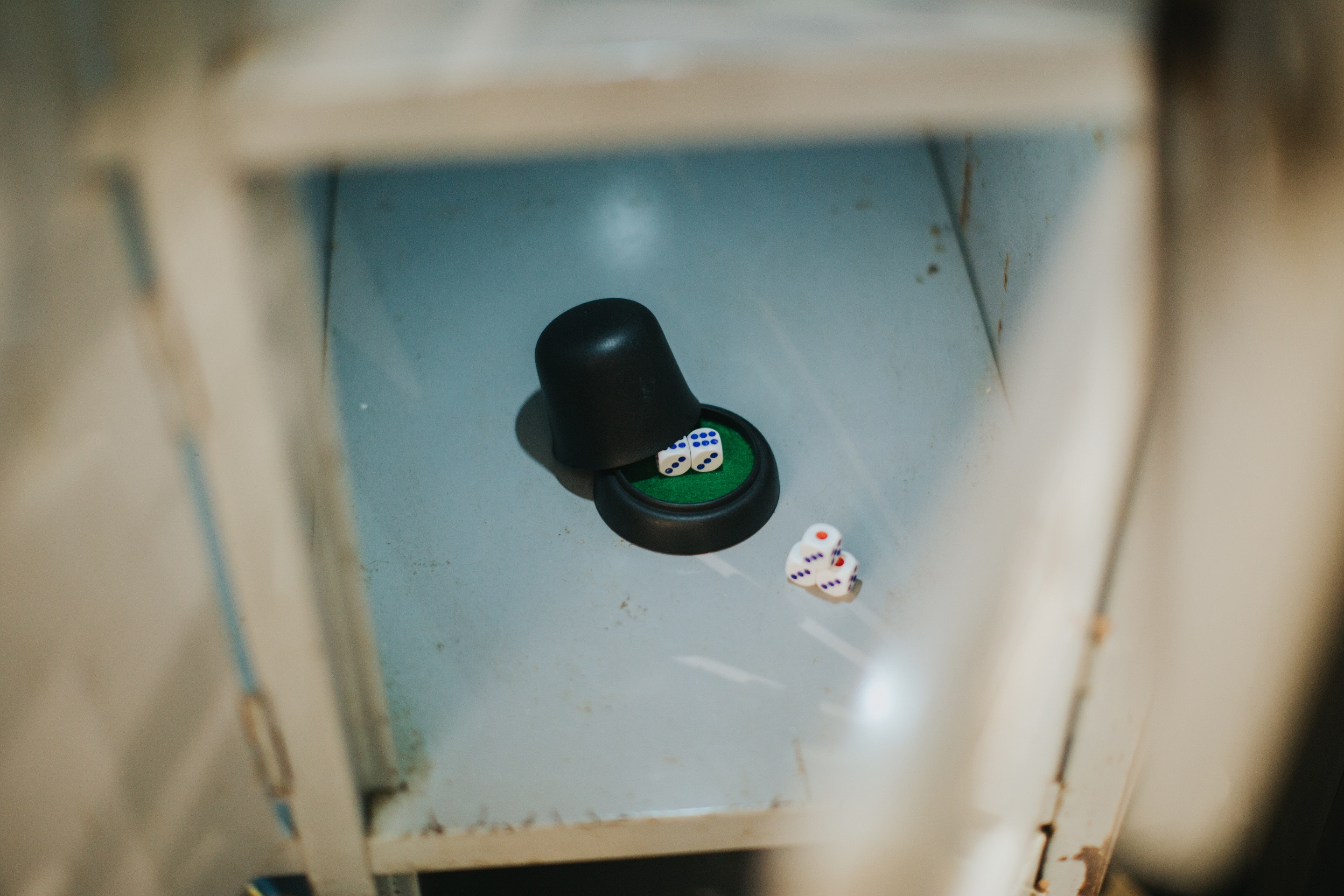 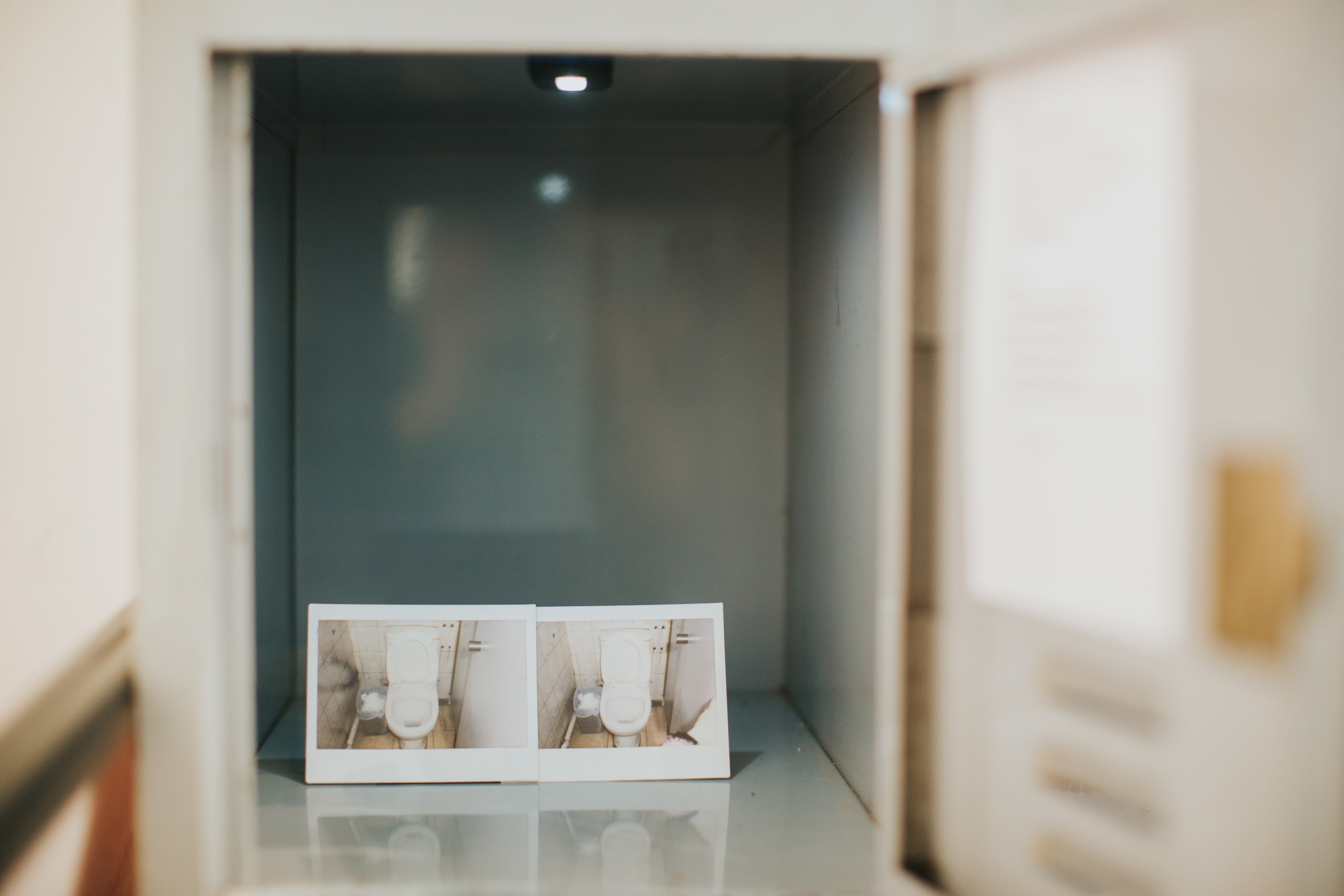 “Night Club, from Her Perspective” exhibition

Art needs not be great

Winnie hopes that people who go to the exhibition are not prompted by idle curiosity.  “I was pretty much dazed and amazed on my first nightclub visits.  Talking art with the girls was simply inconceivable.” During the process, however, she witnessed and was touched by their struggles of life.  “They went from ‘what’s art got to do with me’ in the beginning to appreciating art concepts one at a time.  From refusing even a five-minute clay sculpting session to later taking part in workshops voluntarily, they started to slowly open up themselves by, for instance, acknowledging purple as a favourite colour.”

She is also aware that art needs not be great.  “Brick by brick, you build a bridge that connects the girls with their own needs.  The mention of tiny little things such as a favourite colour can trigger a discharge of emotions.”  The project was a reality and by no means a cinch.  “Putting together this exhibition was a journey paved with meanings.  That empowerment is not about having those girls out in the limelight.  Rather, it is more about letting them feel safe to express themselves and embrace dignity and recognition.  They come forward.  That’s what counts.”

Ada is a bundle of mixed emotions.  “One life can influence another.  The girls have said that they’re grateful for us but in fact we owe our gratitude to them.  They work hard for their lives and in so doing give us the necessary support for continuing with our work.”  She noted that the exhibition marks not only a Project L milestone but perhaps more significantly a manifestation of life’s influence. 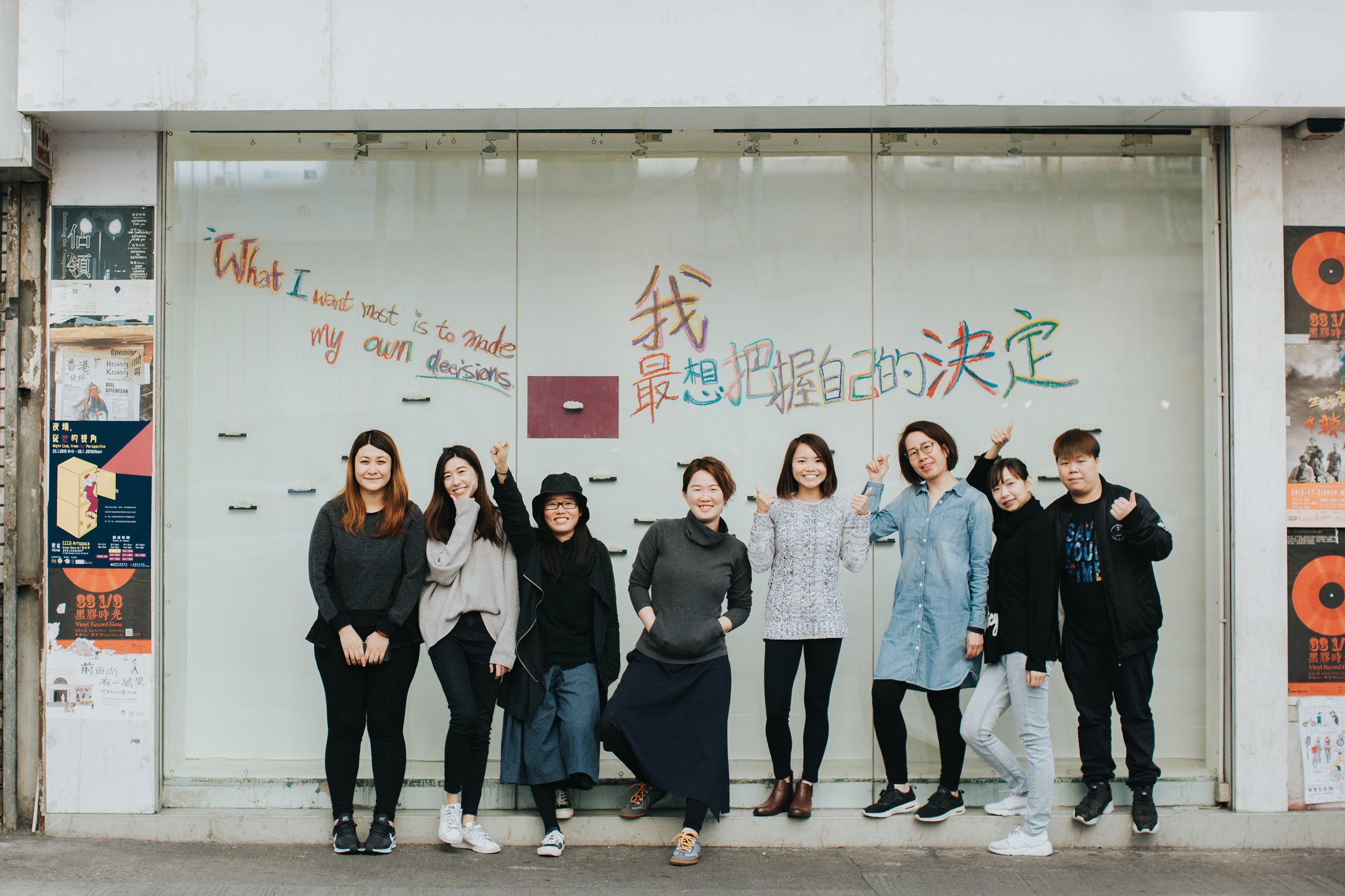 Night Club, From Her Perspective

Chui Tien-you : The Best Side of Life
Scroll to top