Kicking up a quiet storm

Kit Man created Kickass Type (勁揪體), a font set of 6,000 Cantonese characters.
Call it ugly.  Call it weird.  He has the determination, to say the very least.
Skint but undeterred, he said: “The last thing I don’t want see is we lose our spirit.  I want to restore it.”
What is there to restore?  Hong Kong people’s “kick ass” spirit, that is. 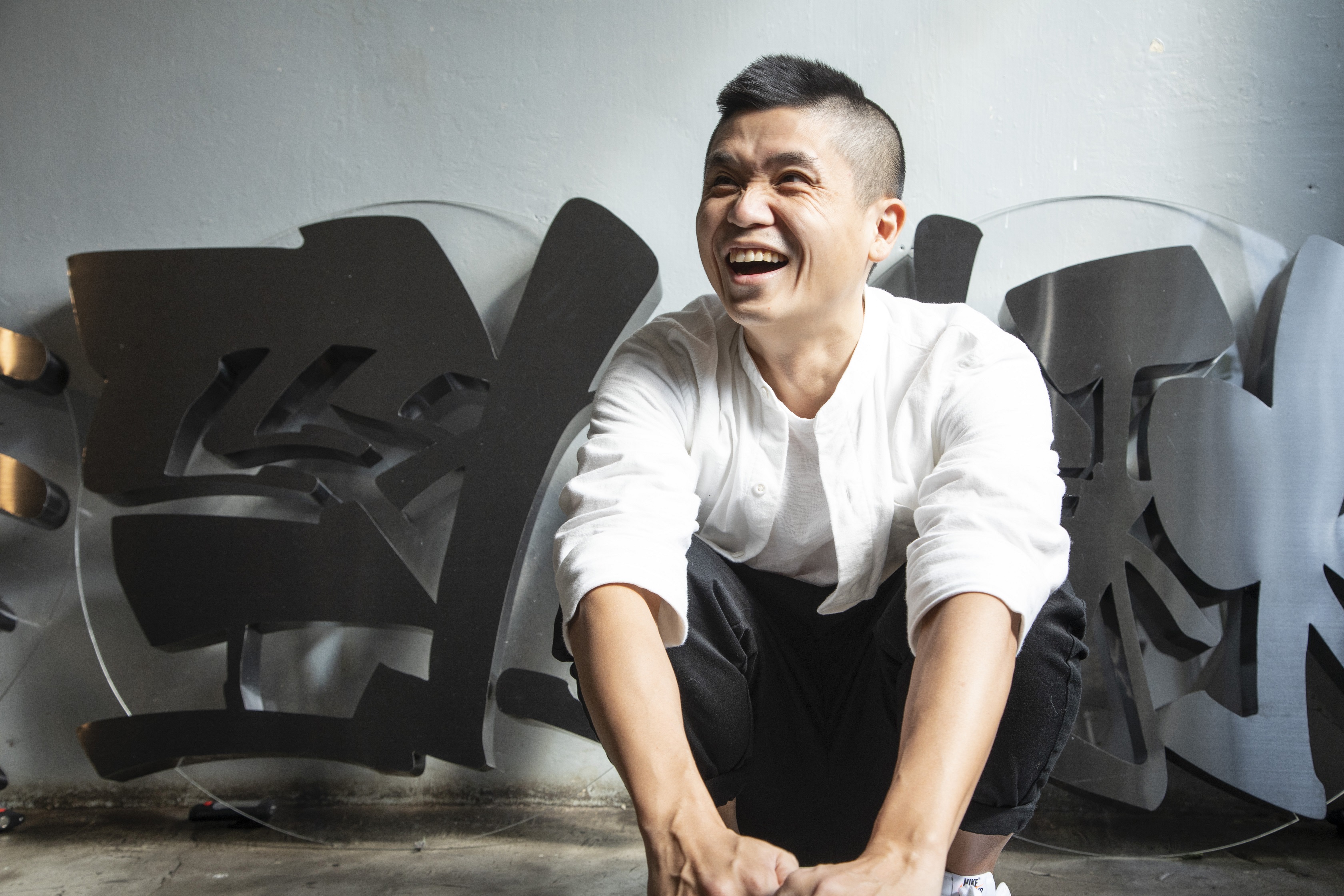 Creating the Kickass Type is what Kit Man believes worth spending time on and that is.

“The thing is, I feel obliged.”

Before 2012, Kit Man was a typical designer. He worked his butt off and kept his head down.

Kit Man graduated from The University of Hong Kong with a degree in biological sciences. By chance, he was touched by multimedia production and subsequently won a scholarship to study and work in Toronto. Back in Hong Kong two years afterwards, he landed a designer job. In 2008, he opened his own multimedia studio.

The 2012 protest against national education prompted him to open the HKSocComic ( 社漫 ) Facebook page and post society-related comics: “The pen is mightier than the sword,” he believes. “Justice speaks volumes”.

Kit Man said that it was also because he is now over 30s: “I’d like to assume my role in and responsibility toward social justice.”

But why?  “Injustice abounds. You feel like saying ‘What the fxxk!’ Where I grew up does not tolerate lies. Part of Hong Kong is rotting away. I want to spend my spare time on something worthwhile.”

“I don’t get paid for this (opening the HKScComic Facebook page). On the contrary, it costs time. My studio is only small. I’m like bleeding myself dry. But the thing is, I feel obliged.”

Do you still remember? (from Kit Man)

A sense of mission

Kickass Type is characterised by its irregular and craggy visual features. Kit Man has explained that the design was inspired by his much admired Japanese manga artist Takehiko Inoue who uses brush pens to create his works. Under his influence, Kit Man gradually took to inscribing his works with a brush pen.

Kickass Type debuted during the 2014 Umbrella Movement for which he produced the universal suffrage ( 我要真普選 ) banner. He had spent nights at the protest site, and he created.

Owing probably to a boiling passion, or perhaps a sense of mission to safeguard Traditional Chinese characters and Cantonese, he then kicked off a crowd-funding campaign for the production of Kickass Type.

We can all do something meaningful and worthwhile in our own small way. (from Kit Man)

To take action or to take off

Some may reduce Kickass Type to somewhat unaesthetic. Kit Man agrees. “At a time when truth takes courage, you don’t need a social position to stay true. If we’re all in on this, the society will only become better. This has always been my belief.”

“An environment that does not allow anyone to effect change gives you a choice: to adhere to your social role and uphold a certain belief, or give up and take off? This is a matter of choice. Mine is to take action and act out my personal belief.”

To the average onlooker, the HK$600,000 raised for the 6,000-character Kickass Type may well tie Kit Man over. But, HK$20,000 a month barely covered the rent, operating expenses and salaries for the team.  Reality does bite.

“The year before the campaign was the toughest. There were no new income sources.  Clients stayed away thinking I was busy. I’m not a thrift person. And then the rent went up, and salary rose.” That year, he said, he felt the most about “living the moment” because that was his own choice.

Kit Man is not the ultra energetic type, so he had to leave behind his work for Kickass Type. “So much is happening in the society. It makes people feel helpless. At the very least, I could do something in my own small way. You must act before you eat the fruits of your labour. When beach litter becomes a problem, for instance, people take the initiative to start a clean-up.”

“If you can be a driving force, then drive it the best that you can. In a social atmosphere as gloomy as it is, I so wish that more people will let their energy show.” 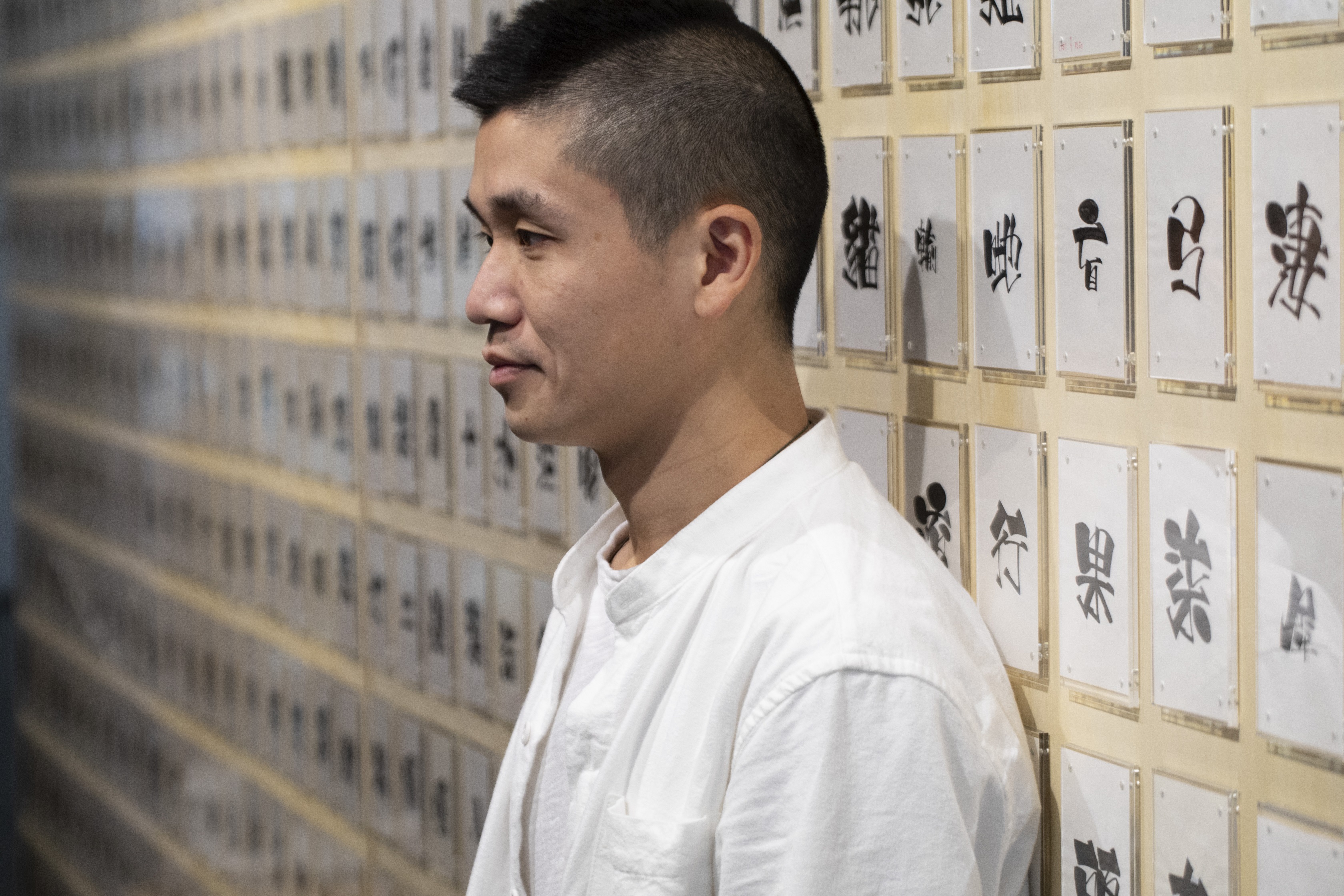 Kit Man: “If you can be a driving force, then drive it the best that you can.”

Every cloud has a silver lining

Was the going tough? “Not really. You get used to it. I asked for it and it served me right.  The point is: we can all do something meaningful and worthwhile in our own small way so as to build a better home, a better Hong Kong.”

That meaning is the one that draws Kit Man’s generation – our generation.

As skint as he is, he managed to plan for the Kickass Type Fonts Exhibition two months ago to show off more than 400 manuscripts and a multimedia interactive gimmick to boot.  “I don’t mind if the exhibition costs my company in the end. I just want to do this right. I want a proper closure.”

Every cloud has a silver lining though . “The sportswear brands I used to fancy proposed to me a collaboration. I was told I share the same sense of perseverance with athletes. My studio is not meant to fold after all.”