Distinction: A city with excessive labelling

Does Distinction tug at your heart’s strings because it elicits sympathy for the special needs children and their parents featured in the film? Or does it move you because it exposes the education system being a gruelling game? Think about this for a second: Aren’t we the peculiar ones, rather than the special needs children? In reality, it is Hong Kong that has fallen ill—the ills of “labelling” everything in our society. 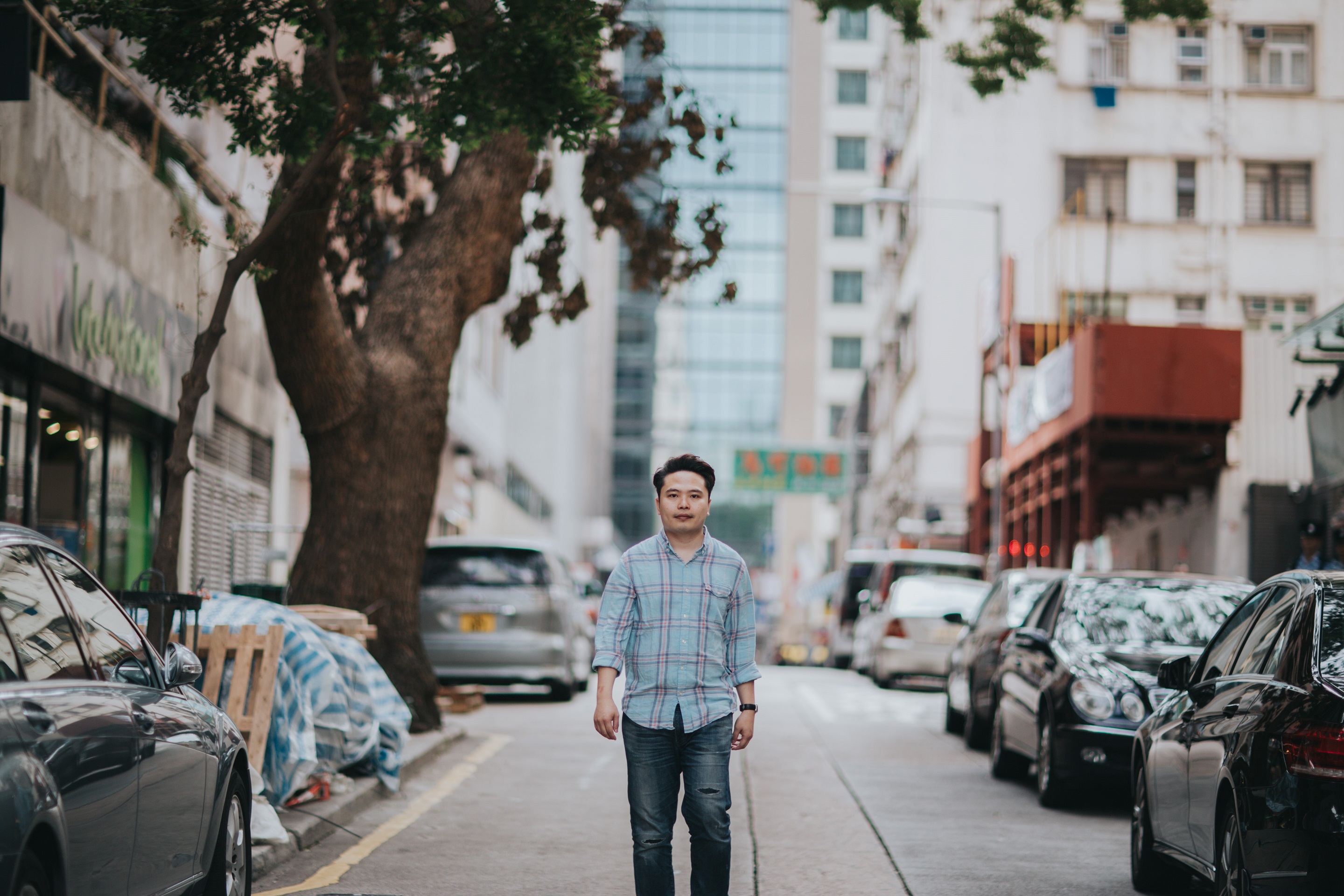 The true value of a movie

In Distinction, director Jevons Au seeks to reveal the goodness of human nature. “Hard times may hit us at any moment. Change is the only certainty, and the tides always turn in the end. We have to safeguard our hearts and our aspirations rather than victimise ourselves. There’re moments when we feel infuriated with what’s happening in the world. If our anger is productive, we should unleash it. If our anger is futile, could we transform it into a source of strength?” He does not see the making of Distinction as a heroic act that would change the social climate or education system. “To make anything happen, we must be united in our hearts. The heart comes first in everything.”

“While I was planning the film, I knew it wasn’t going to be heavy on technique. Nor was it intended to be an award contender. It’s a mirror that seeks out the audience who needs to see it.” As he puts it, no one would need to take medicine if everyone was in perfectly good health. “The film is like a steamed dish with no MSG. Some audiences find it inspiring or touching; others see the cruel reality. Everyone has different reactions towards the same thing.”

The production planning of Distinction preceded the theatrical release of Ten Years, another film by Jevons. “When I was shooting Ten Years, I only had a production budget of HKD500,000, meaning HKD100,000 for each segment. I wasn’t so naïve to think it would have much of an impact, or that it would pick up a Hong Kong Film Award.” Ten Years consists of five segments, including “Dialect” directed by Jevons. “I still remember when Ten Years had its screenings at the Hong Kong Asian Film Festival, I bought tickets for some friends of mine, and they didn’t want to go. Two months later, Ten Years became the talk of the town. The same friends asked me if I had free tickets.” It drove him to reflect on whether the value of a film ceased to exist if there was no audience.

The heart of education

That was the impetus behind Jevons’s decision to make Distinction. “I was visiting a SEN (Editor’s note: Special Educational Needs) school in Fanling, and the school principal gave me a DVD of the school anniversary performance. It was a musical featuring the school’s students and students from mainstream schools in the cast.” A labour of love by the teachers and students, the musical was staged with little fanfare — there was no award, no media coverage. “It seemed like an ordinary show, but it was an extraordinary effort. I wanted to write such a story. It wasn’t about putting a halo on [the teachers and students]. I just found what they did deeply meaningful.” He wanted to instil significance into their story and illuminate it for all to see.

Jevons is a part-time lecturer in screenplay writing at a tertiary institute. “It’s grading on a curve, which determines how many students are going to get the A grades, I see many students who set their mind on getting high grades. Yet I have a lot of questions about what the grades represent.” He describes the education system today as “bizarre”. “It’s a mechanism that exhausts everyone with excessive labelling. Education should aim to foster the moral, intellectual, physical, social and aesthetic development of students. Yet there is an overt emphasis on intellectual development and the importance of grades.” At the SEN schools he visited, Jevons saw the beauty of education. “The students are really curious and passionate. The teachers work closely with the students to help them discover their talents through small-class teaching.” This is the heart of education.

He hopes to present a microcosm of the education system in the film. “There’re children with severe special educational needs, children with mild intellectual disability who are capable of attending mainstream schools, and children with Down syndrome. There’re students from a Band 1 school who’re mediocre, or who care about nothing but study. There’re also Mainland Chinese students from a Band 3 school who don’t like studying. I want different kinds of students to be represented in the film.” The younger brother in the film Ka-long (played by Tse Ka-long) is like any other child; he has a talent for acting, and he attends the drama class outside of school hours. Another child who aspires to be a “chef” gets up to mischief at times. “He knows he’s important to the people around him, and he knows when to whine to get his way. He’s very smart. It’s just that he’ll always remain in this stage in his intellectual development.” 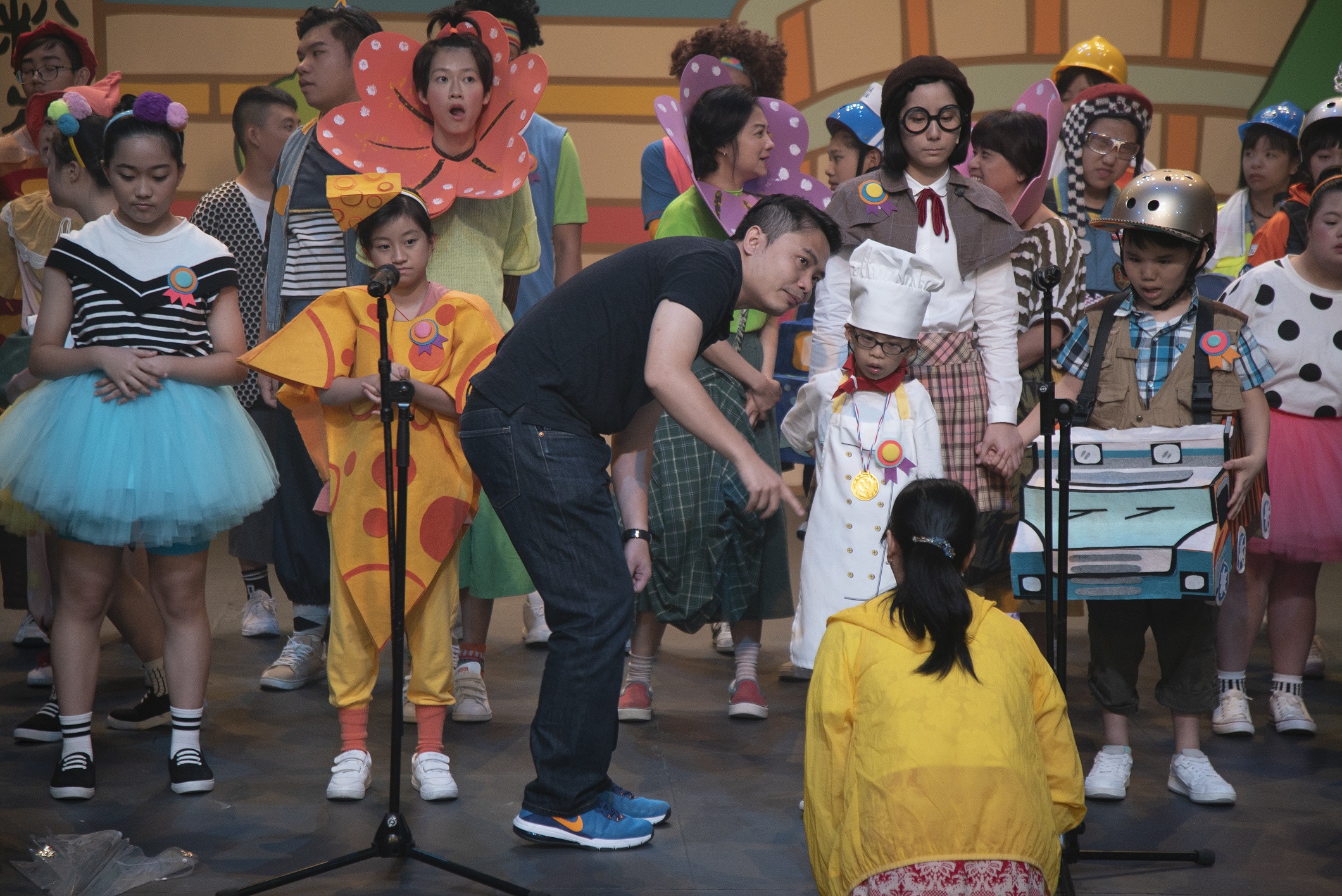 More than a movie

The HKD6 million budget for the film was funded by the AR Charitable Foundation. Jevons says while there was no box office pressure, the cast attended the screenings to thank the audiences. “A friend of mine who’s a teacher messaged me to say the film gave her the strength to go to work the next day. There were also teary-eyed audiences who came up to me to say thank you.” While his previous work Trivisa won several awards, Jevons notes that “there wasn’t any audience who said thank you to me. With Distinction, there’s always a lot of interaction that goes far beyond the film.”

As Jevons says, he is a native Hong Konger and he loves to portray stories about people. It always brings him back to social issues in his filmmaking. In “Dialect” in Ten Years, Cantonese is set to become a “second-class” language in ten years’ time. The short films Merry Xmas and Coackroach depict the stories of Sham Shui Po. “The audience wonders why Zoe in Distinction doesn’t perform in the musical in the end. It’s not me who dictates her story; it’s our social climate. It’s only normal that she’d skip it. The question we should ask is: Should we strive to change this social climate?”

On the English title of the film, Distinction, Jevons remarks, “The notion of ‘distinction’ represents a certain ‘divide’. Band 1, Band 3…There’re already many labels on our students. The audience says they feel confused after seeing the film. I share their feelings.” What Jevons truly wants to say is: “Everyone is unique; everyone lives their own distinction in life.”